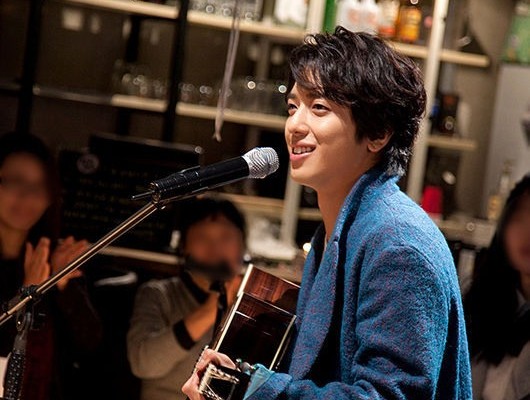 Star, You is a special song that expresses Jung’s gratitude to his fans’ love and support. Jung performed a snatch of the song at the SBS Gayo Daejeon on December 21, drawing much attention from fans. All proceeds generated from the sales of Star, You, will be donated through FNC Entertainment’s social contribution brand Love FNC.

Meanwhile, CNBLUE’s leader is currently working on his solo album, which is set to be released early next year.

Hellokpop, as an independent Korean entertainment news website (without influence from any agency or corporation), we need your support! If you have enjoyed our work, consider to support us with a one-time or recurring donation from as low as US$5 to keep our site going! Donate securely below via Stripe, Paypal, Apple Pay or Google Wallet.
43
SHARES
FacebookTwitter
SubscribeGoogleWhatsappPinterestDiggRedditStumbleuponVkWeiboPocketTumblrMailMeneameOdnoklassniki
Related ItemsCNBLUEFNC EntertainmentJung Yong HwaSBS Gayo DaejeonStarYou별 그대정용화
← Previous Story 2PM’s Taecyeon Drops a New Christmas Song
Next Story → BTOB’s “Drink” Considered Inappropriate to Broadcast on MBC