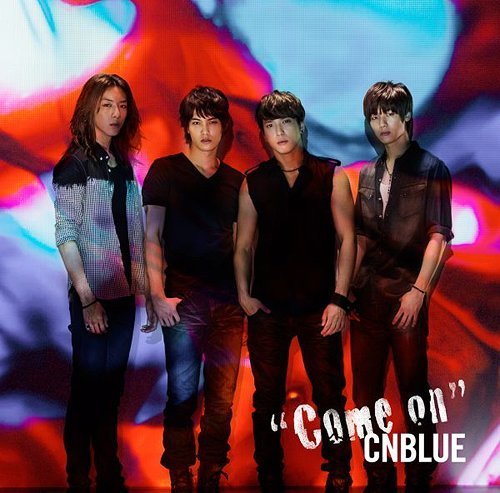 By The Editor | July 5, 2012
FacebookTwitter
SubscribeGoogleWhatsappPinterestDiggRedditStumbleuponVkWeiboPocketTumblrMailMeneameOdnoklassniki

Following the release of their PV teaser, rock band CNBLUE has now released the full music video for the title track of their third Japanese single, Come On!

Come On includes four tracks, which members Jung Yonghwa and Lee Jonghyun had composed and written the lyrics to.  The single includes the four songs, Come On, Wake Up, My Miracle  and the instrumental for Come On.

The new single will be available in stores on August 1st.

Hellokpop, as an independent Korean entertainment news website (without influence from any agency or corporation), we need your support! If you have enjoyed our work, consider to support us with a one-time or recurring donation from as low as US$5 to keep our site going! Donate securely below via Stripe, Paypal, Apple Pay or Google Wallet.
FacebookTwitter
SubscribeGoogleWhatsappPinterestDiggRedditStumbleuponVkWeiboPocketTumblrMailMeneameOdnoklassniki
Related Items3rd SingleCNBLUECome OnPV
← Previous Story The Wonder Girls unveil first video teaser for ‘Like Money’
Next Story → Yedang Ent. teases picture for YouTube sensation Barom Yu’s upcoming idol group