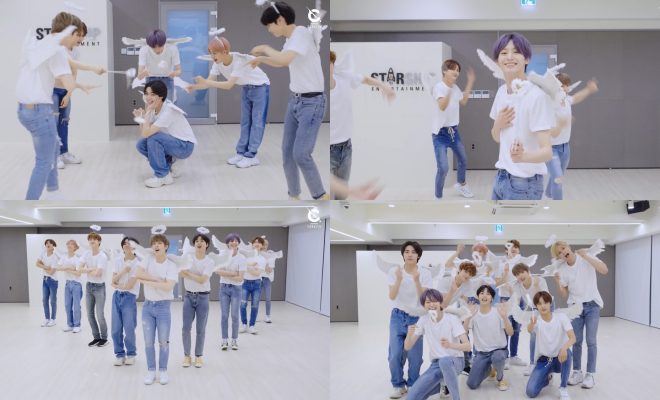 LUVITY brace yourselves are CRAVITY is set to make your hearts flutter with their dance moves and dazzling looks!

CRAVITY transformed themselves into cute celestial creatures and took fans’ happiness levels to the sky. They unveiled their surprise video of an angel version choreography of their track, “Cloud 9”. The angel version of CRAVITY’s latest bouncy track, “Cloud 9,” is available on the group’s official YouTube and Naver V LIVE channels.

The video is a thank you gift for fans to celebrate the 5 million views for the music video for “Cloud 9”. CRAVITY looked dashing in a classic casual chic denim and white t-shirt look. They paired it up with special props to bring together the angelic vision for the choreography video.

They showcased their sweet sides and radiated innocence with their bright and charismatic visuals. To match up to the heavenly vibe of the setting, CRAVITY expressed their child-like charms with cutesy gestures. They lit up the ambiance while they performed with a vibrant energy.

In April this year, CRAVITY entered the K-pop scene with a bang. They broke all the rules with their debut album that impressed fans all around the world. While the album’s title track made a powerful impact, the other songs showcased the rookie group’s musical potential in a strong way.

“Cloud 9” is an upbeat, fun track from CRAVITY’s debut album, CRAVITY SEASON1. [HIDEOUT: REMEMBER WHO WE ARE]. The track has a refreshing tone. It features groovy pop synths with cheery vocals and playful rap verses. The melody is light and soothing even, with its mellow EDM tones that spell summer vibes through and through. 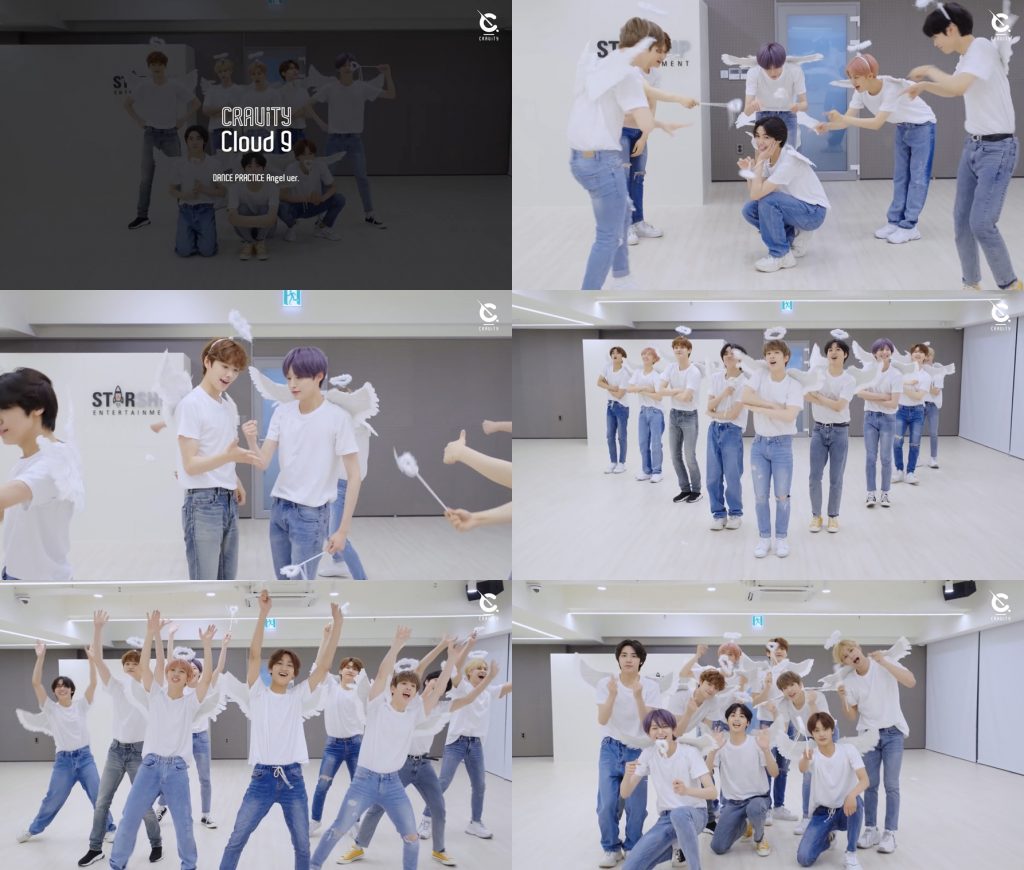 Hellokpop, as an independent Korean entertainment news website (without influence from any agency or corporation), we need your support! If you have enjoyed our work, consider to support us with a one-time or recurring donation from as low as US$5 to keep our site going! Donate securely below via Stripe, Paypal, Apple Pay or Google Wallet.
FacebookTwitter
SubscribeGoogleWhatsappPinterestDiggRedditStumbleuponVkWeiboPocketTumblrMailMeneameOdnoklassniki
Related Itemschoreography videoCloud 9CRAVITY크래비티
← Previous Story K-Pop Comeback Spotlight: Sunmi Enchants Fans With Electrifying Summer Anthem Single “Pporappippam”
Next Story → MONSTA X’s Kihyun And CRAVITY’s Minhee Dazzle Fans With Their Stellar Collaboration