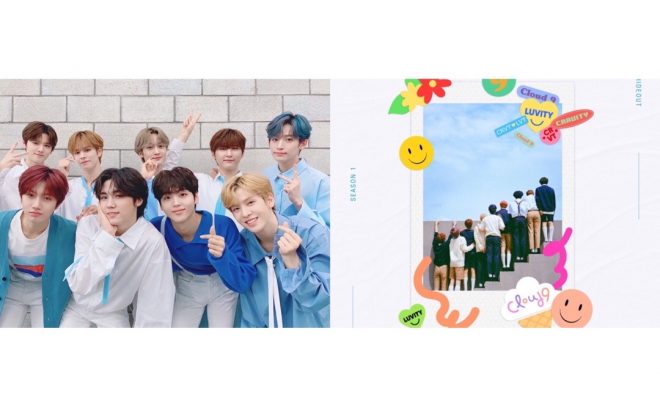 CRAVITY is gearing up to bring fans to heaven with the upcoming music video of their track “Cloud 9”!

On June 1, CRAVITY took to their official SNS to announce the upcoming music video of their track “Cloud 9.”

The post was accompanied by a playful, vivid image that showed the members, with their backs facing the camera as they stood on stairs, looking towards the sky. The image channelled summer vibes with its bright hues and overall vibrant aesthetics.

CRAVITY unveiled an equally striking scheduler picture that popped with its vibrant colours on June 3. 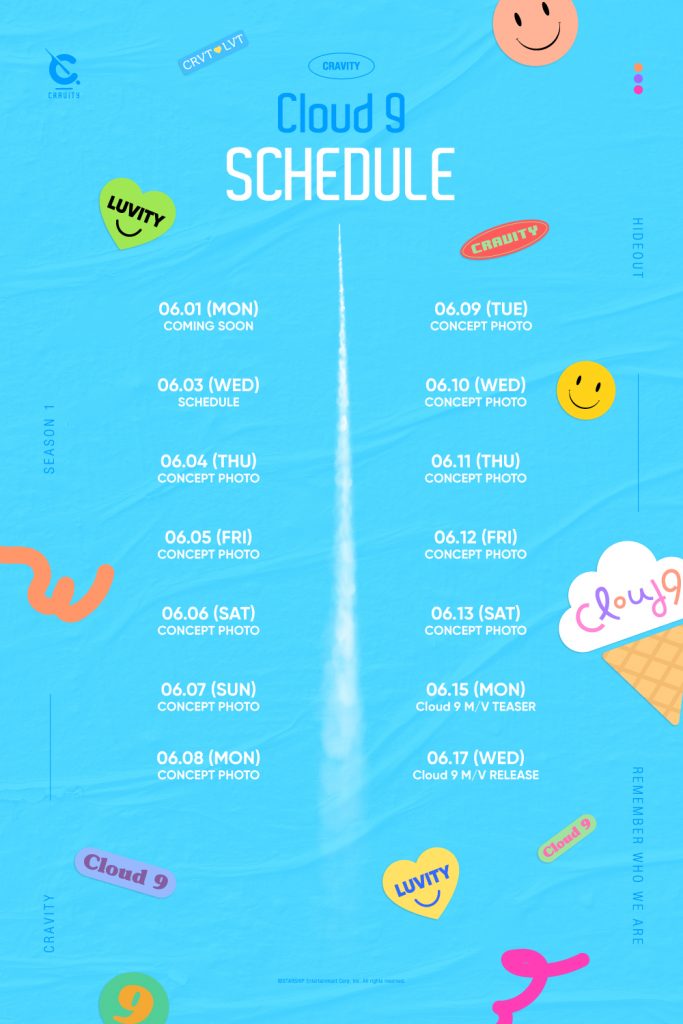 From June 4 to June 13, CRAVITY are going to treat LUVITY to sets of cool and charismatic concept photos. The music video teaser for “Cloud 9” is also scheduled to be unveiled on June 15, while the official music will be revealed on June 17.

CRAVITY debuted this year on April 14, 2020 with their album Hideout: Remember Who We Are – Season 1, which garnered rave reviews from fans around the globe. Since then, the group has made waves with their dynamic performances and stage presence. The members have also been engaging and charming fans with their self-produced content as well.

“Cloud 9” is a fun b-side track from the group’s album that features groovy pop synths with fresh vocals and playful rap verses. The melody is quite lighthearted with its mellow EDM tones which make the overall listening experience a pleasant and enjoyable one.

Hellokpop, as an independent Korean entertainment news website (without influence from any agency or corporation), we need your support! If you have enjoyed our work, consider to support us with a one-time or recurring donation from as low as US$5 to keep our site going! Donate securely below via Stripe, Paypal, Apple Pay or Google Wallet.
FacebookTwitter
SubscribeGoogleWhatsappPinterestDiggRedditStumbleuponVkWeiboPocketTumblrMailMeneameOdnoklassniki
Related ItemsCloud 9CRAVITYHIDEOUT : REMEMBER WHO WE ARE
← Previous Story Chung Ha Invites Everyone To “Be Yourself” Through A New Single
Next Story → CIX Gives A Glimpse Of “Hello, Strange Time” Comeback With Tracklist And Group Concept Photo