Set your alarms on and watch CRAVITY’s most epic and highly-anticipated live performances only on V Live!

Finally, the long wait is over! Starship Entertainment’s rookie boy group will at last meet their fans and fulfill a one-of-a-kind performance. They will hold an online debut showcase through Naver V LIVE’s official channel at 8 PM KST on April 14, Tuesday.

On the every same day, CRAVITY will release their debut album HIDEOUT: REMEMEMBER WHO WE ARE with such amazing tracks.

The debut showcase REMEMBER WHO WE ARE will be available on V LIVE App to celebrate a special time with fans around the world. This also marks CRAVITY’s debut and the official release of their first album. 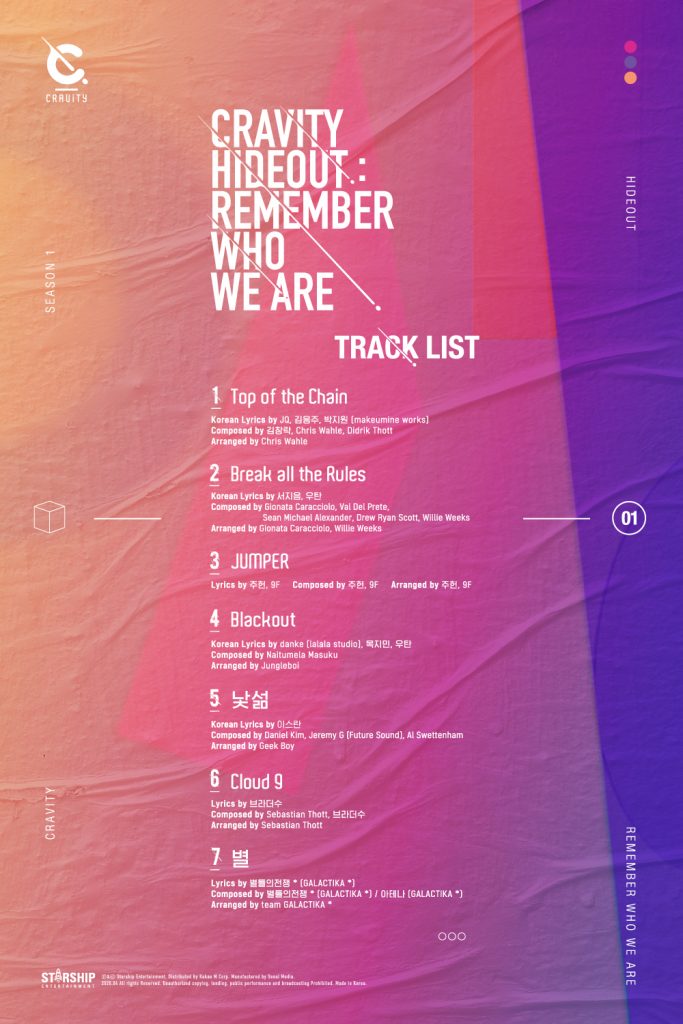 Anticipation about the new song and stage performance intensifies since the official release of music video teaser.

Moreover, fans are looking forward to CRAVITY’s debut for the first time through the live showcase. They will communicate and bond with fans by offering various contents, stages and behind-the-scenes stories that will reveal members’ colorful charms.

Meanwhile, CRAVITY’s debut album HIDEOUT: REMEMEMBER WHO WE ARE will be released on various music sites at 6 PM KST on April 14.