CRAVITY made their much anticipated hot debut through M Countdown on April 16th. 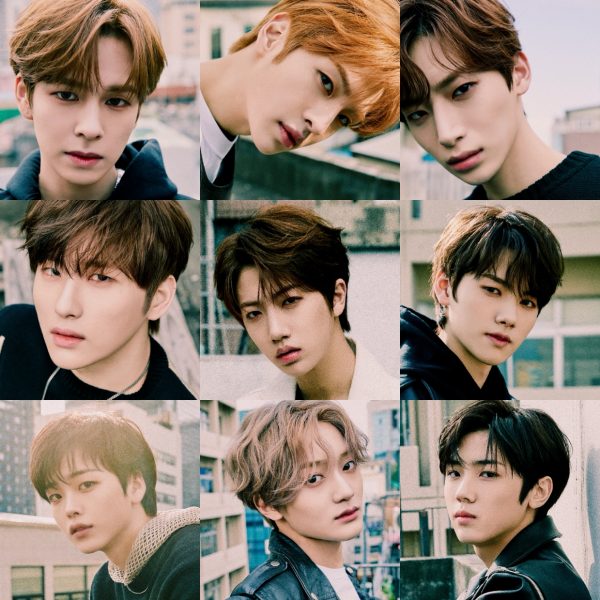 The group debuted earlier this week on April 14 with their album CRAVITY SEASON1. [HIDEOUT : REMEMBER WHO WE ARE]. They will be performing and promoting their title song “Break All The Rules”.

It is a song which contains the message of young people going into the world under the theme of breaking the frame and rules they have set on themselves. Also, the group will have various special stages, including ones of their sub-track “JUMPER”.

In the M Countdown highlight broadcast, the group presented their first debut stage. They showed a special performance of the song “JUMPER” which was given to them by fellow label mate Joohoney from Monsta X.

In “Break The Rules” CRAVITY presented more of their teamwork and fresh rookie-energy. They performed in all-white outfits, showcasing their charms by bringing a perfectly synchronized number.

From the rough melody which fills the stage, through the harmonized well polished vocals and sensuous rap, to the eye-catching dance of the nine members, the group successfully fascinated the fans.

CRAVITY proved to be a “super rookie” group of 2020. Their debut showcase held on Naver V Live on the day of their album release, ended with over one million viewers and more than 260 million hearts.

The group ranked on the top spots on various charts. They took the number one spots on Hanteo’s Daily chart ranking and on iTunes Top K-pop Album Chart in seven regions. Also landing on the top three spots in 12 regions and on 4th place in the Worldwide iTunes Album Chart.

Since their debut, CRAVITY hooked the hearts of many fans. There’s a lot of expectation on them and what they would bring to the music industry.

CRAVITY will debut through various music broadcasting programs after marking their start with Mnet’s M Countdown performance. They are going to appear on all music shows this week, including KBS Music Bank on the 17th, MBC Show! Music Core on the 18th and SBS Inkigayo on the 19th.