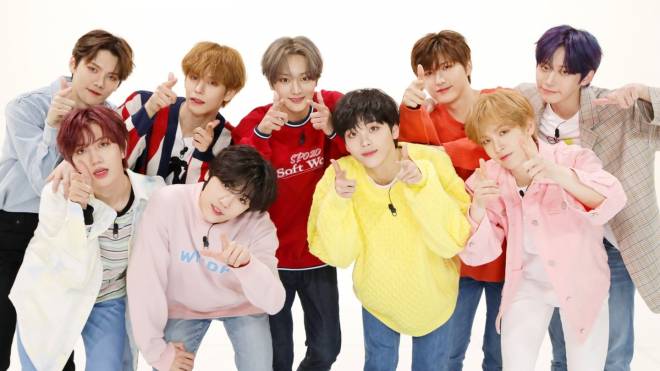 CRAVITY Preps Up To Captivate With Their First Comeback Album

After breaking all the rules, CRAVITY is ready to step into a new journey in their upcoming album!

CRAVITY is all set to make their first comeback with their new album releasing on August 24. The group surprised fans as they announced their comeback on their official SNS by revealing a poster for the new mini-album titled, CRAVITY SEASON 2 HIDEOUT: THE NEW DAY WE STEP INTO.

The image features a vacant landscape painted in shades of turquoise. It bears the phrase CRAVITY SEASON 2 HIDEOUT: THE NEW DAY WE STEP INTO next to the date being August 24 alongside the words coming soon.

The poster certainly builds intrigue due to its detailed design. A wide white pillar of sorts stands in the middle of the space as though dividing the space into two.

Red stands lie amidst piles of green cloud-like mist. It gives the ambiance a mystical effect that is furthered by a red candlestick placed in the left space of the room. Lastly, the effects of the lights and shadow adds to the dreamy vibe of the image.

The group also presents an awesome schedule poster for their comeback album. According to the scheduler, on August 8, they will reveal their Hideout prologue film, a thrilling track list on August 10, and on August 12 and 13 they will showcase the first set of concept photos as well as concept film.

On August 14, CRAVITY will hold the first V Live session for their album. August 15, 16 and 17 will see the second set of concept photos, concept film and second V Live session by the members respectively.

It will be followed by the third set of concept photos, concept film and third V Live session from August 18-20. 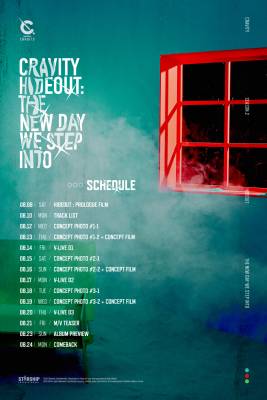 CRAVITY will set the clock ticking for their comeback with a music video teaser on August 21, the album preview on August 23 before the release of the album on August 24.

This marks the group’s first ever comeback after their debut in April this year with their super successful mini-album CRAVITY SEASON 1 HIDEOUT: REMEMBER WHO WE ARE.

The group created quite the buzz after showcasing versatility with their first album. They also amazed with tracks such as “Break All The Rules” and “Cloud 9” and captivated fans with their experimental sound, tapping into a wide range of genres.

The young group also impressed as they topped the Hanteo Daily Chart and Weekly Albums charts and ranked at No. 1 on Hanteo Charts’ rookie category for the first half of 2020. 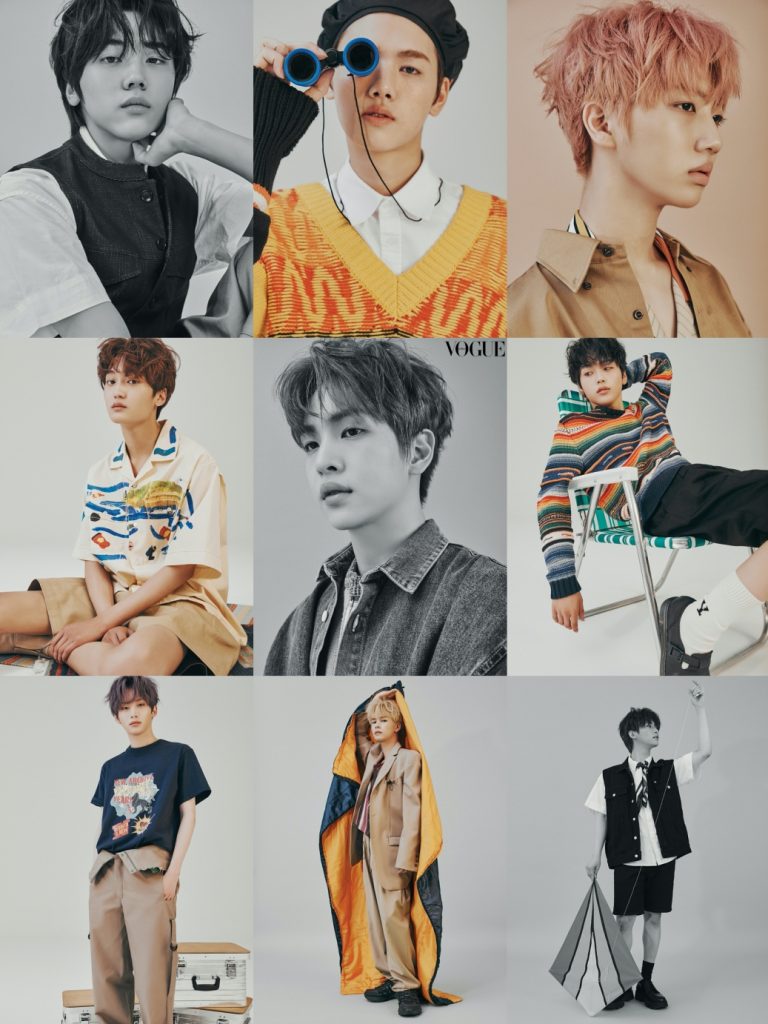 They also positioned on the top 3 charts in 12 regions in the iTunes Top K-Pop Album Chart and came in at No. 4 on the global iTunes Album Chart. CRAVITY also awed with their debut on the Billboard charts placing at No. 12 on the Billboard Social 50 chart.

Moreover, CRAVITY has also dazzled fans with their charisma in various fashion pictorials and also showcased power packed performances at KCON:TACT 2020 Summer and at the 26th Dream Concert Connect:D as well.