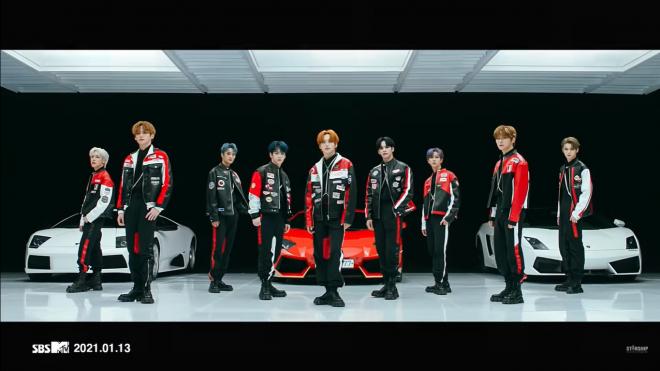 CRAVITY Astonishes With Riveting MV Teaser For “My Turn”

Its D-1 before CRAVITY unveils “My Turn”!

With one day left in the countdown, CRAVITY had rounded up the music video teasers for the title track “My Turn” and album preview for CRAVITY Season 3. Hideout: Be Our Voice. 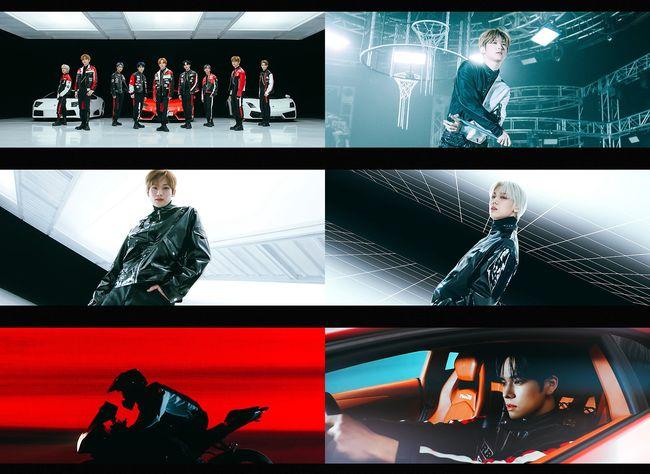 The 30-second video gave a glimpse of CRAVITY in racer outfits. Predicting an intense aura, Woobin waved the flag to signal the start of racing. Then, a red sports car and motorcycle flashed across the screen where the members can be seen driving the car.

Their flawless looks, which was shown through the concept photo, was further emphasized in the music video teasers. With the appearance of motorcycles and racing cars combined with the gorgeous visuals of the members, fans are expressing their excitement for the release of its full music video.

Revealed on January 16, the second teaser begins with the appearance of the boys on a stage full of colorful lights. Soon after, an energetic basketball game with modest group dance unfolds.

Raising expectations for their comeback, CRAVITY exploded with intense charisma while playing a basketball game and riding a motorcycle.

Capping off to their last teaser reveal, CRAVITY fuels excitement as they gave a sneak peek of their upcoming EP through the album preview.

Led by the title track “My Turn”, their newest EP will consist of b-side tracks “Call My Name”, “Mammoth”, “Bad Habits”, “Moonlight”, “Dangerous” and “Give Me Your Love”.

Members Serim and Allen participated in the rap-making for “Call My Name”, “Mammoth” and “Moonlight” following their previous participation in their last album. Meanwhile, Wonjin and Allen took part in writing the lyrics for “Give me your love”.

Their upcoming album CRAVITY Season 3. Hideout: Be Our Voice marks the third season of CRAVITY’s “Hideout” series which depicts their process of becoming as ‘one’ through ’empathy’. Since their second mini album CRAVITY Season 2. Hideout: The New Day We Step Into which was released in August, the group plans to complete the entire series by showcasing their full potential and talent.

The title song “My Turn” is a track about the unstoppable speed of CRAVITY. It is a powerful song that features both energetic and groovy vocals with minimal sounds, heavy bass, and addictive beats. It was produced by hit-maker Ryan Jeon while WJSN’s Exy wrote its lyrics.

CRAVITY’s third mini album will be released on January 19 at 6 PM KST via online music sites.