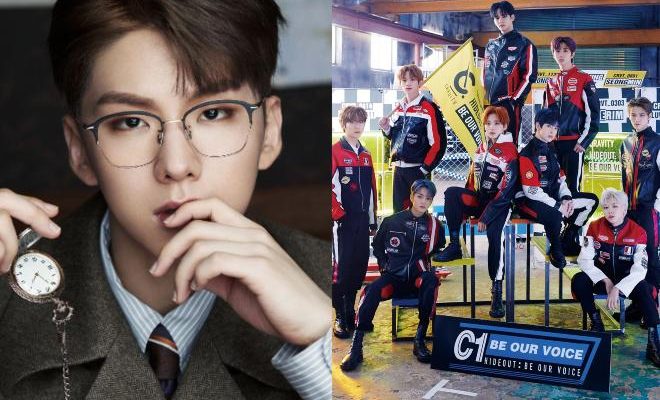 At this point, we can’t name any more senior and junior with this kind of friendly and supportive relationship other than MONSTA X and CRAVITY!

CRAVITY is really adored by MONSTA X members and it shows in the recent behind-the-scenes video featuring Kihyun.

While the nine members of CRAVITY do their best to create a cool music video for global fans, the behind-the-scenes footage presented unexpected charms. Recently, CRAVITY has released its first full album The Awakening: Written in the Stars. The title track “Gas Pedal” has been receiving huge support at the moment. But it was already well-received during the process specifically by heartwarming seniors who have visited the boys on the set of the music video filming.

In particular, MONSTA X’s main vocalist Kihyun made a surprise appearance in the music video filming which touched the hearts of the members. The warm chemistry of seniors and juniors was perfectly shown and it was so touching to witness.

Kihyun mentioned that he wasn’t the type to visit other people’s filings. But he made time for his beloved juniors and because Wonjin wished for him to come. The “To Be With You” and “O.M.O.M” singer even displayed his professional idol side as he actively monitors the filming.

Filled with warmth and gratitude, the CRAVITY members took photos with Kihyun. They also continued showing off its overflowing charisma all throughout the music video filming.

Moreover, CRAVITY has boasted its nine unique colors with a series of content released on its official social media accounts. The powerful group has released its first full album The Awakening: Written in the Stars and has received good feedback from the public.

Specifically, the album has set its own record with more than 100,000 copies sold. It has also entered the top 10 iTunes Albums Chart in several countries such as Thailand, Indonesia, Malaysia, Singapore, and Vietnam.