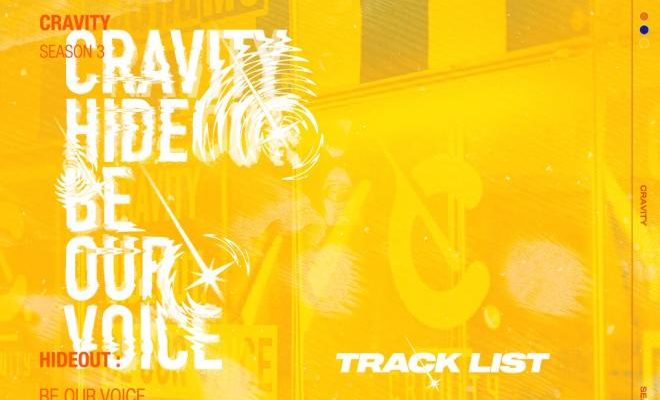 CRAVITY Reveals Loaded Tracklist For Comeback With “CRAVITY Season 3 Hideout: Be Our Voice”

Are you ready to start 2021 with a bang through CRAVITY’s new songs?

CRAVITY calls the attention of fans by unveiling the tracklist for their upcoming album CRAVITY Season 3 Hideout: Be Our Voice, which will be led by the title track “My Turn”.

With a lineup of seven songs, the group’s new album boasts a variety of tracks once it drops on January 19.

According to the released photo, the album will be led by the title track “My Turn”. Their new EP will consist of b-side tracks “Call My Name”, “Mammoth”, “Bad Habits”, “Moonlight”, “Dangerous” and “Give Me Your Love”.

The title song “My Turn” was produced by hit-maker Ryan Jeon. In particular, WJSN’s Exy, who has shown her musical capabilities with various self-composed songs, has written the lyrics for “My Turn” and “Bad Habits”.

Members Serim and Allen participated in the rap-making for “Call My Name”, “Mammoth” and “Moonlight” following their previous participation in their last album. Meanwhile, Wonjin and Allen took part in writing the lyrics for “Give me your love.”

CRAVITY’s “Hideout” series, which marks its third season, depicts the process of them becoming as one through empathy.

Since their second mini album CRAVITY SEASON 2. HIDEOUT: THE NEW DAY WE STEP INTO which was released in August, the group plans to complete the whole series with various charms that sum up their impressive year during 2020.

CRAVITY’s third mini album CRAVITY Season 3 Hideout: Be Our Voice will be released on January 19 next year.