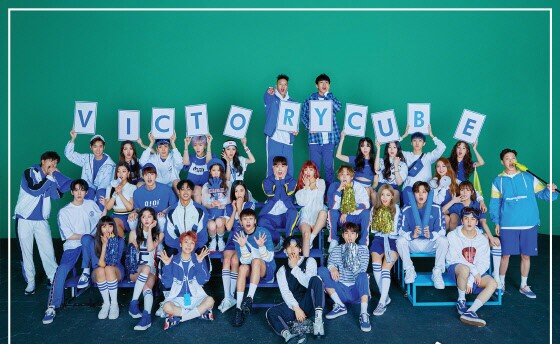 Cube Entertainment’s artists unite as a family for a new album.

Cube Entertainment artists announced the release of new songs and album at their family concert, United Cube One, held at KINTEX, Ilsan on June 16.

This year’s concert marks the third United Cube concert since it started in 2011. The concert series had have shows in London, São Paulo, Brazil, China, Japan, and South Korea and featured the company’s artists like BTOB, Hyuna, Jokwon, and former acts  4Minute and BEAST

During the family concert this year, Cube’s family album, ONE, was unveiled. It comprises four songs with rap and vocal units formed for the album.

Shown through a special stage during the concert, the vocal unit’s “One Step” was written by BTOB’s Hyunsik. The song conveys the message of hope and comfort no matter how hard or how tired they get as they work hard for their dreams.

The album was officially released to the public on June 17 at 6 p.m. KST. You can listen to the album through the different links posted on the tweet below.