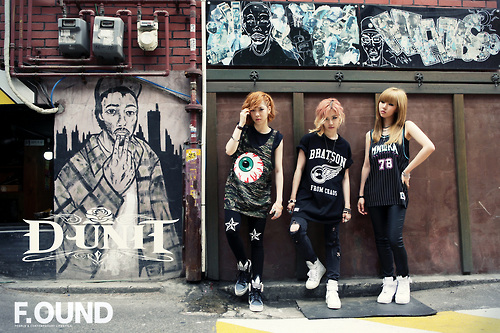 Although D-UNIT has yet to make a debut, the band will be the opening for the 2012 Summer Wave Festival on July 15.

Thrilled by the upcoming concert, member R.A.M shared, “I was surprised that our first performance will not be on TV, but a music festival featuring globally well-known musicians. I hope our passionate performance will shock them enough to hold joint concerts later.”

A representative from D-Business Entertainment spoke with F.OUND Magazine to announce that the group will be performing Before the Weekend Comes, Sleeping In and several other songs.

D-UNIT has already held two fan meeting events, one in Korea and one in Japan, and will make their official debut on the August 3.