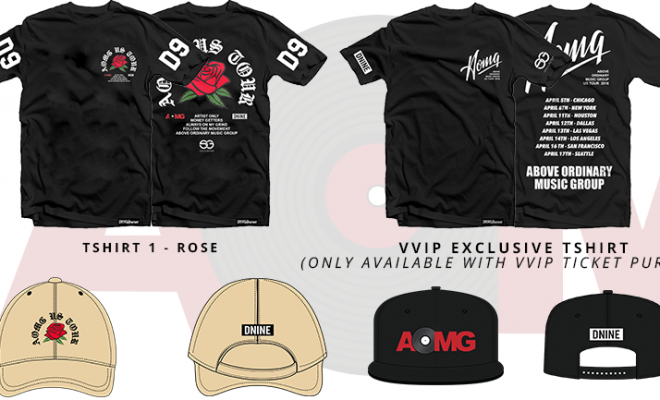 D9 Reserve will release two exclusive special edition line for AOMG, including shirts branded DNINE x AOMG and three hats. The ambassador for D9 Reserve in Korea, who is also AOMG’s Co-CEO Jay Park also took part in designing the new products by contributing an original verse which will be featured on one of the shirts. 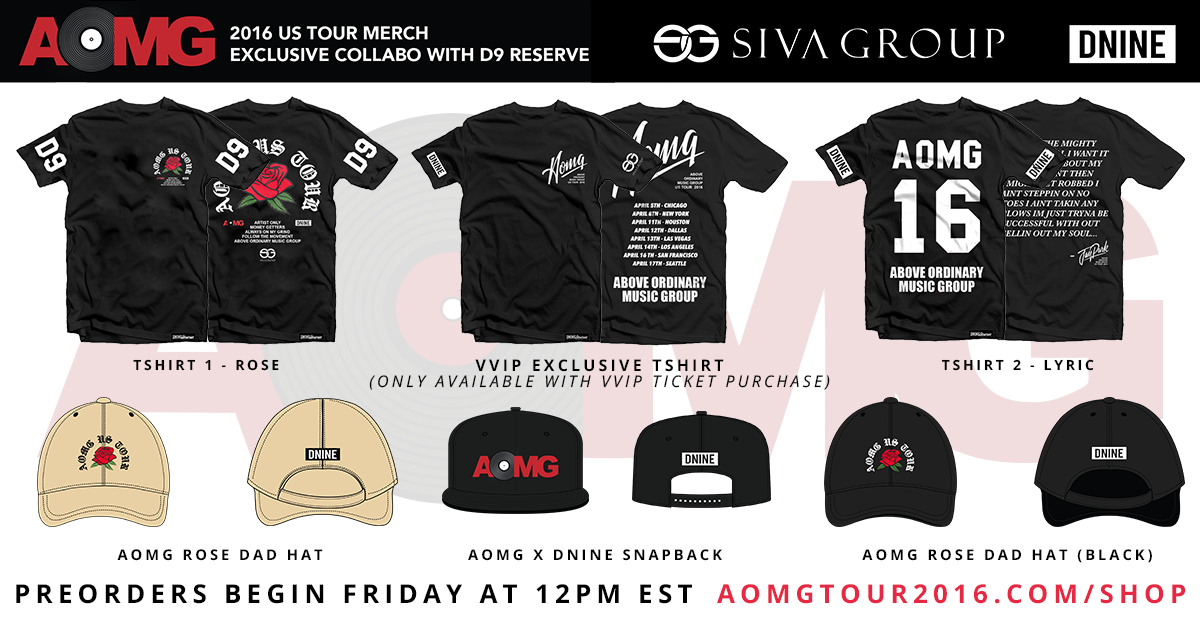 The special new edition will be available for pre-order online through AOMG’s tour website aomgtour2016.com on March 11. They are also sold at concert venues as soon as the tour takes place.

D9 Reserve’s founder, Glen Yun paid great compliments to AOMG and expressed his pleasure, saying: “We are extremely excited to be part of this historic US Tour!  We’ve worked with Jay Park and AOMG for over two and a half years — from album covers, music videos, concerts and appearances, Jay has organically embraced DNINE and showed us nothing but love. This exclusive merch partnership is a testament to our continued support of AOMG and Jay Park.”

Meanwhile, AOMG will kick off its tour titled AOMG’s Follow the Movement 2016 American Tour on 5 April in Chicago at the House of Blues, then moving on to 6 other cities and wrapping up in Seattle on 17 April.

Tickets are on sale now at aomgtour2016.com/tickets.