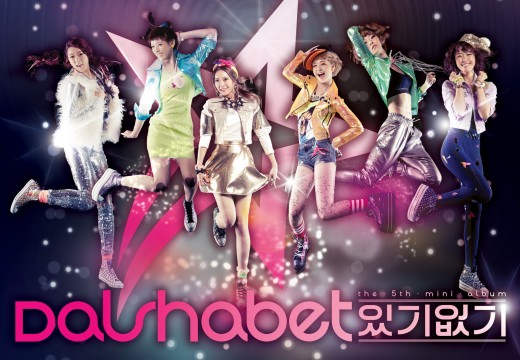 By The Editor | November 12, 2012
FacebookTwitter
SubscribeGoogleWhatsappPinterestDiggRedditStumbleuponVkWeiboPocketTumblrMailMeneameOdnoklassniki

The girls of Dal Shabet will be making a comeback this November with their 5th mini album, Hate, Don’t Hate!

The girls will be returning mid November with a new disco retro concept. The new mini album will consist of five new tracks, including the title song Have, Not Have, which is a 80s-90s disco track made by hit composer Kim Do Hoon. It will also include an electro swing remix of the title song, as well as a song dedicated to their fan club.

In addition, the girls have also revealed the album jacket and MV teaser for their new title track. Check it out below!