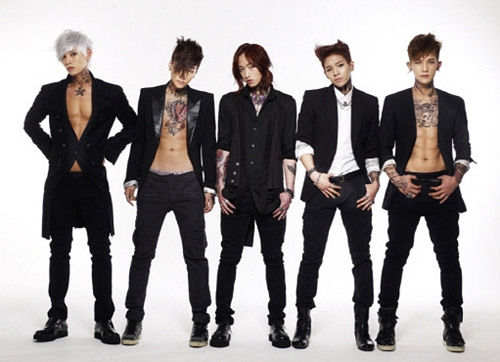 Dalmatian recently held a special remix stage performance on July 19’s episode of M! Countdown for the tracks Drive and E.R from the band’s second mini album, State of Emergency.

IS Entertainment announced that Dalmatian invested a great amount of time into perfecting the performance for the show. Judging by the response from the audience, fans were content with Dalmatian’s performance, confirming the time spent practising paid off.

Aside from the band’s successful performance, Dalmatian will begin working on activities abroad beginning with the KMF 2012 5th Hallyu Music Festival which will take place in Japan this September. Dalmatian will perform along side B1A4 and A-JAX on the 15th and 17th of September in Sopporo and Tokyo. The band showed their excitement about their first official overseas activity and said:

“We’re deeply moved to take part in our first overseas performance in two years since our debut. We will perform hard to not only let ourselves known in Japan but all of Asia and Europe as well.”