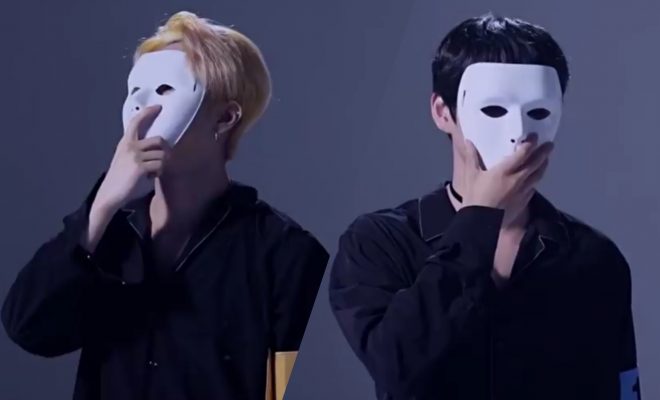 Eight idols have started the battle to be the best dancer in South Korea through the new idol dance survival show Dance War, launched by 1theK.

Dance War aims to highlight idol dancers and let them be judged solely on their dancing abilities by concealing their identities. It began thrilling fans with an exciting first round of dance battle between eight masked contestants on October 2.

The first offering of the web variety show divided the participants into two teams with four members each, dancing to the hits of South Korean boy group BTS namely “Fire” and “Fake Love”.

Viewers then can vote for the team and contestant which they think showed the best dancing for the first round. Voting happens through the social media channels of 1theK, Melon, and Daum fan cafe.

The voting period started on October 2 at 6 p.m. and ended on October 5 at 12 noon. The results of the first round of voting on October 8 named Team “Fake Love” as the winner. The winning team earned a total of 281,844 votes — more than twice that of garnered by the opposing team. 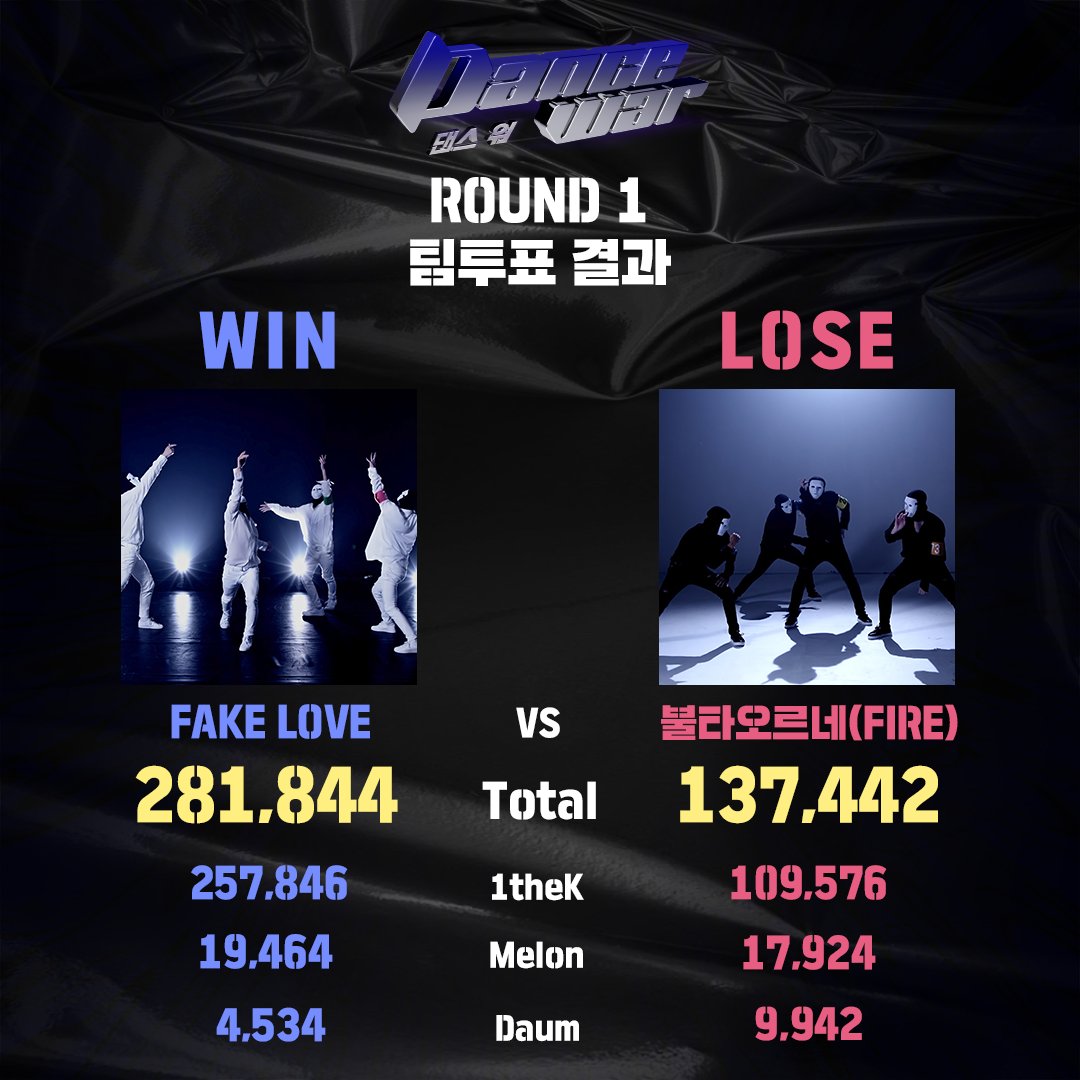 Although he ranked fifth in the individual voting, Gold 73 was eliminated as he was the Team “Fire” member with the second lowest votes at  14,940. Gold 73 was actually former JBJ member-turned-solo artist Kim Dong Han. 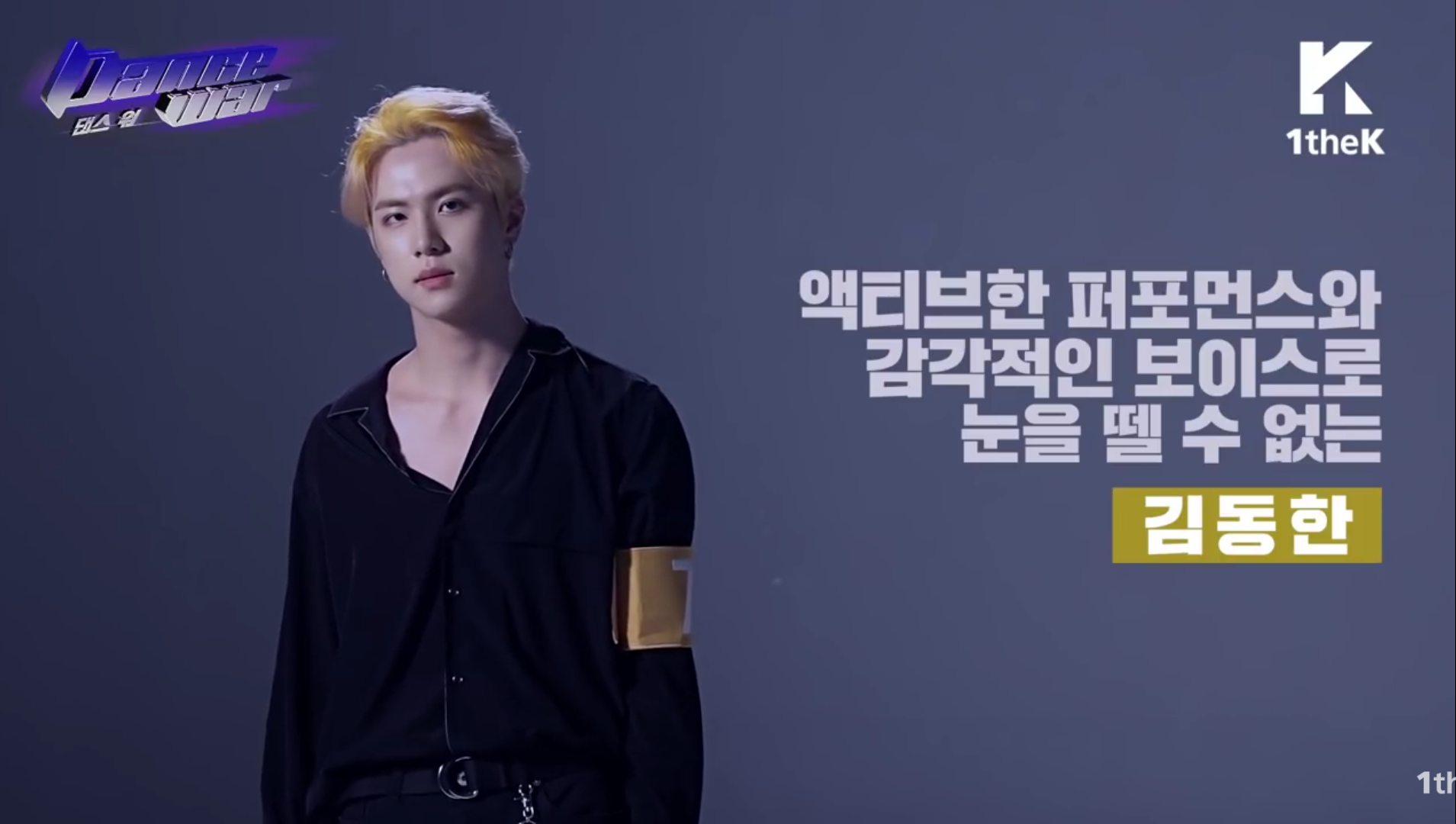 Based on the rule of the show, two members of the losing team with the lowest number of votes will be eliminated and their identities will be revealed.

Following Kim Dong Han, Pink 02 had 11,191 votes, while Green 10 had 8,177 votes. Because their team won the team voting, the two were safe and will proceed to the second round.

Meanwhile, Blue 12 placed last in the individual voting with 4,413 and is a member of Team “Fire”, was revealed to be VICTON’s Heochan. 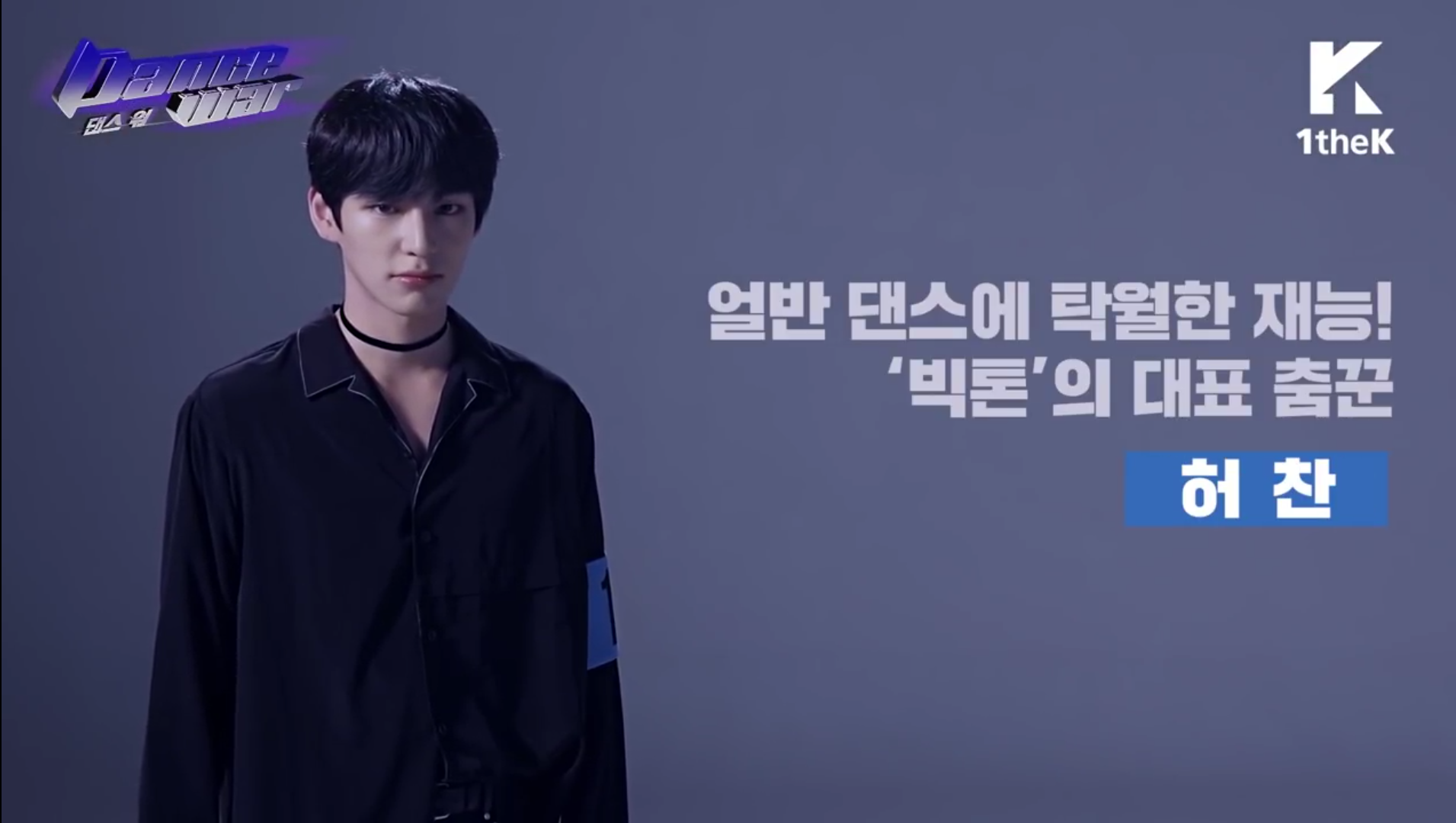 Check out the tally of votes for the first round of individual voting below. 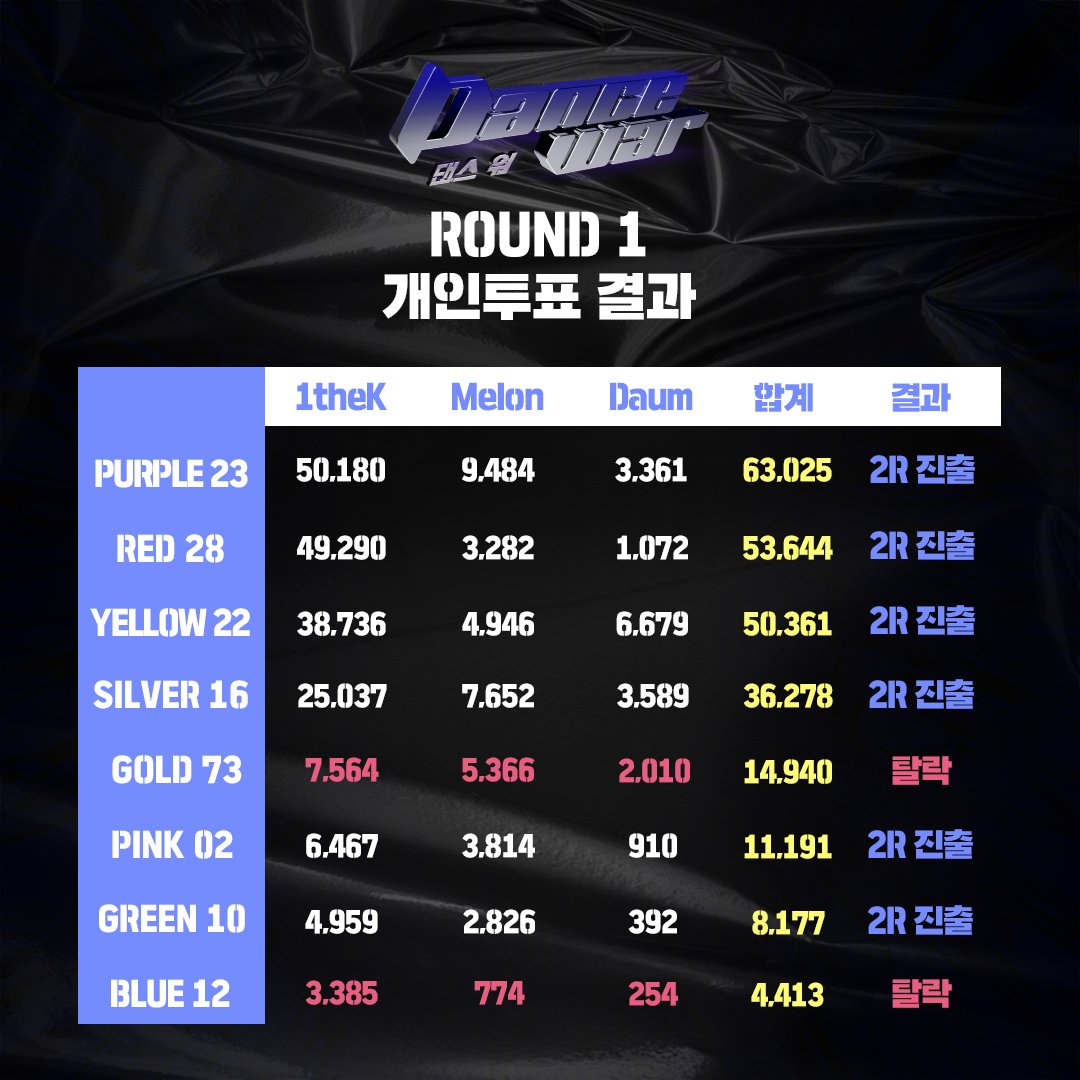 The second round will air on October 10. 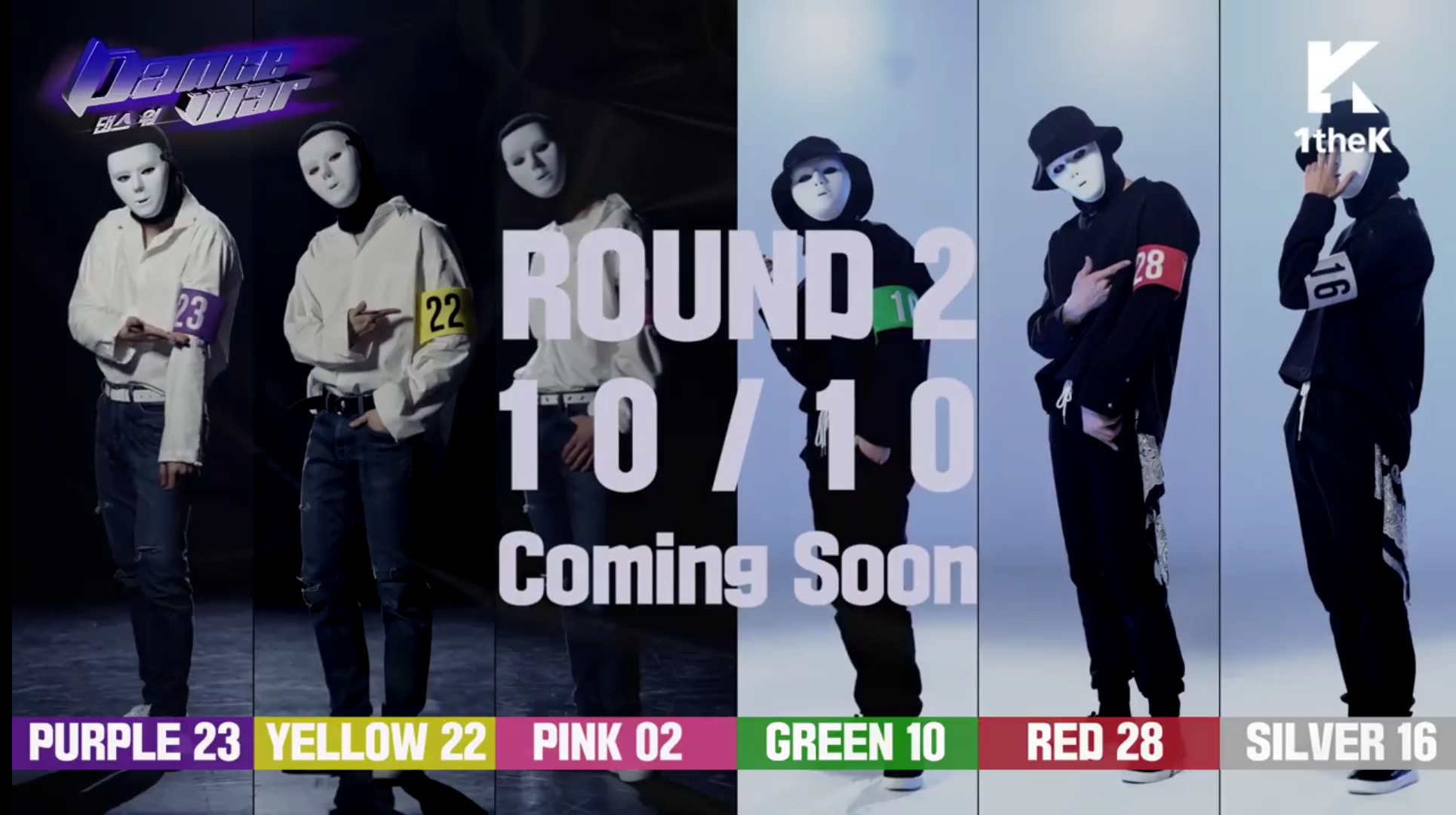