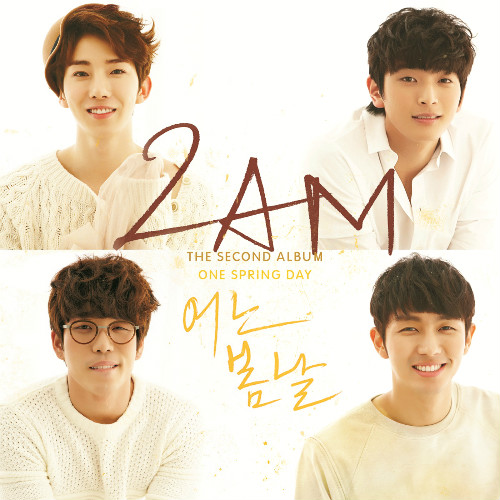 Davichi hit the roof before giving in to 2AM!

Having topped most of the real-time charts upon release yesterday, Davichi hit Melon‘s roof today with Turtle.

Very few artists ever manage to do so as it is a sign of explosive response that only big established artists can challenge. With Turtle only being a teaser song for the upcoming album set to be release on the 20th of this month, it is paving the way for a glorious release for the renown CCM duo. 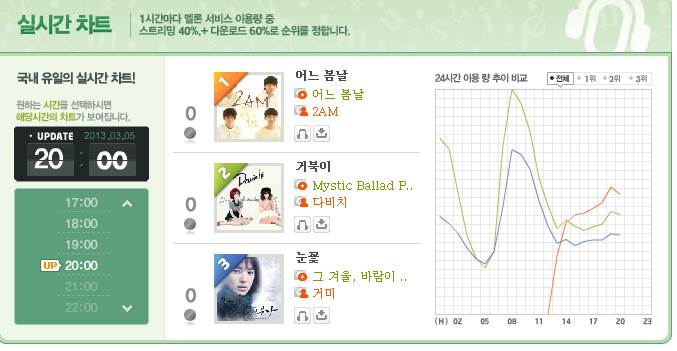 Nevertheless, as 2AM (another renown vocal group) made its full comeback today with their second album, they have taken over the charts with the eponymous title-track One Spring Day. As you can see on Melon’s graph above, it did not yet generate the same amount of interest and sales as Davichi but it has taken over nearly all of the real time charts.

It is thus a tough battle at the top of the charts led by a handful of vocalists: 2AM, Davichi, Gummy,  Sistar19 and The One. All the best to all those and to D-Unit whose new release is currently charting reasonably well for a rookie release from a rookie agency.

You can check 2AM’s MV for ‘One Spring Day’ below.