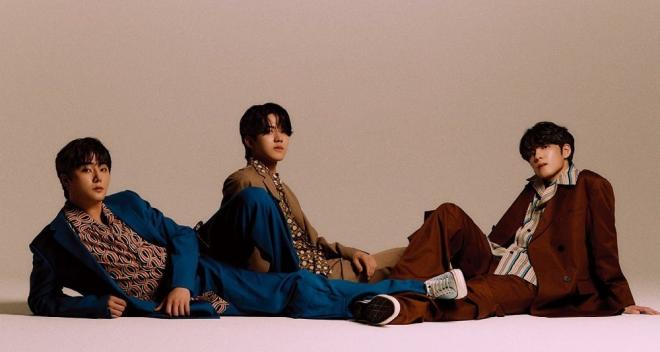 DAY6’s Even of Day Commences The Countdown To “The Book of Us: Gluon”

DAY6’s Even of Day amplifies excitement as they begin their voyage leading to their upcoming album The Book of Us: Gluon!

DAY6’s Even of Day unveiled some captivating content commencing their activities leading up to their first album The Book of Us: Gluon. The trio first thrilled fans with a trailer film that delighted fans with its animated style.

With an intriguing bass guitar arrangement playing softly in the background, the teaser explains the relation between the physics term ‘gluon’ and the album stating, “In the world we live in, many hearts connect. Between these hearts, a mysterious force is present. This force connects us strongly like… glue! However far apart we are, this mysterious force always connects us, with incredible strength!” 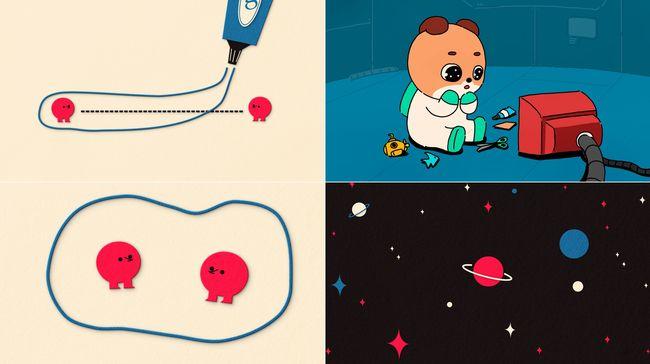 Additionally, towards the end of the narration, the denimal representing Dowoon – the puppy appears on the screen. He sits in front of a monitor with a startled expression, adding to the video’s cuteness factor.

Furthermore, on August 17, Even of Day enthralled viewers with an enigmatic voice instruction video.

The video showcases serene stills of the moon, night sky and the sea. These serve as the perfect backdrop and create a calming ambiance for the members’ poetic instructions. Young K, Wonpil and Dowoon mesmerize with their hypnotic voices as they assert, “We are constantly sailing. Sometimes we get lost in the darkness that swallows the light, we are shaken in a bitter storm. The reason we can’t stay still is because of the warm scenery that unfolds after the dark and the tranquility that comes after the storm. Also, while enduring all that, the words “we” are born.”

At the end of the video, Young K makes a stirring statement. He says, “Nothing can tear us apart,” which is also the subtitle of this album. Moreover, the video’s background score has piqued curiosities among fans as well.

Meanwhile, Even of Day’s first album The Book of Us: Gluon – Nothing can tear us apart will be releasing on August 31 on various music sites at 6PM KST.