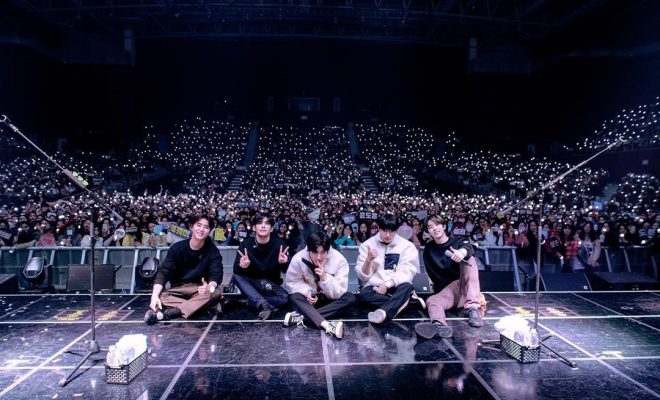 Hardworking is an understatement in describing DAY6, especially after seeing their growth for the past four years.

DAY6 has definitely come so far – and a proof of that is their latest milestone of marking their 100th concert via their recently-held 2019 Christmas Special Concert ‘The Present’ at the Olympic Hall in Seoul. 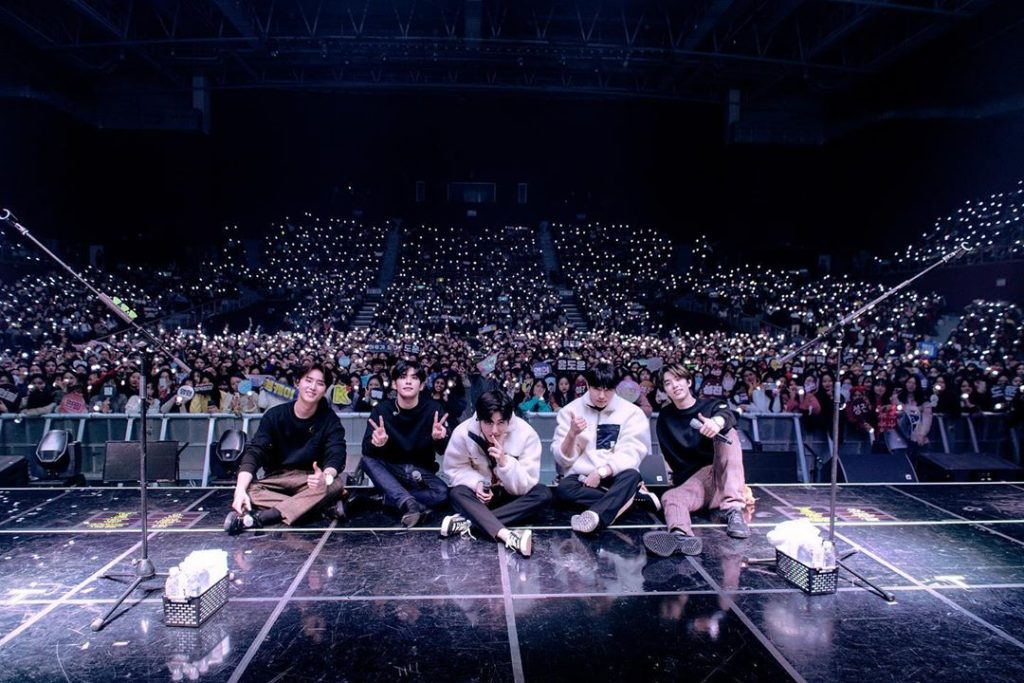 Officially marking not just their 100th concert for their career but also their last for the year, DAY6 delivered their special wish through the final round of their annual Christmas Special Concert ‘The Present’ for 2019.

“This is already the 100th stage we have made together. It seems like the number 100 is very special. It’s all thanks to you that we’ve been able to perform so many concerts in four years. We are proud to have so many of you on our side, and we will always be thankful to you,” the group said, addressing their loyal My Days. 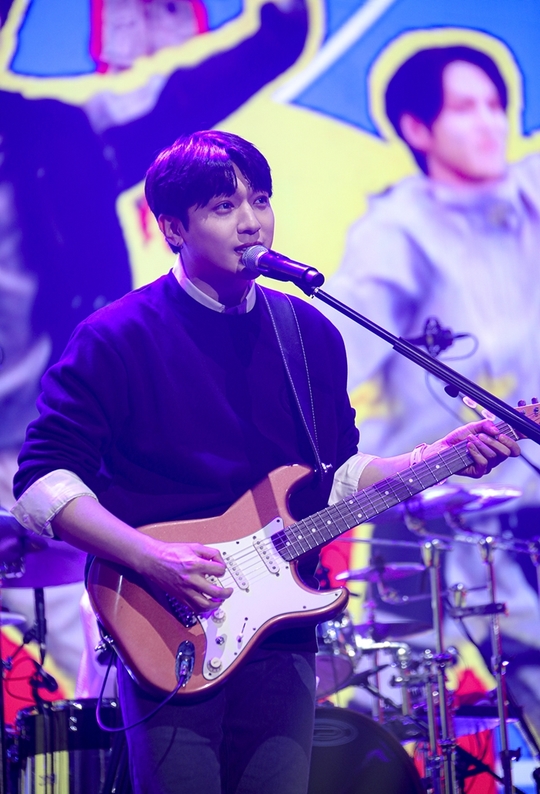 “We’ve been walking together a long way since the beginning. We have learned a lot, our chemistry with the audience has improved a lot, and there are many people who want to come to our concerts too. This is what we and our fans have done together,” the band added.

“We don’t want to cover up or make excuses for the moments we stand on stage. We’ll come back with a more professional look and we should have many more memories to share in the future. Let’s go together until 200, 300, and 1,000,” they also said, referring to more concerts and promising bigger things in store for fans. 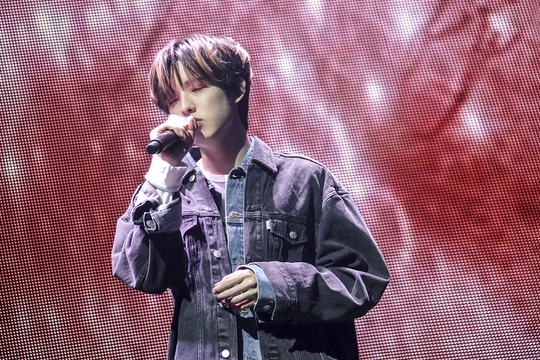 Completing a total of 100 concerts both locally and internationally from their first concert held on November 20, 2015 to the Christmas concert they held on December 24, 2019, the sole number of shows that they have held proves that the quintet has established themselves as artists.

With several of these 100 concerts being marked sold out, it showed that DAY6 keeps on rising throughout the years – especially with the jam-packed 2019 that they just had. Moreover, this counts only the band’s full concerts – and if their showcases, fan meetings, and live-and-meet events from their earlier years were included, the number would have been even bigger. 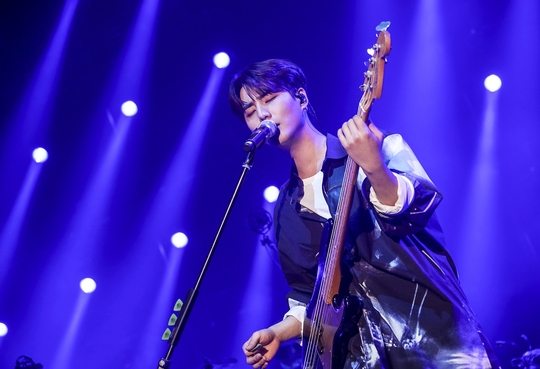 Their first concert titled DAY6 Live Concert “D-DAY”, held at a small hall located in Hongdae back November 2015, has become a seed for 100 performances, and in 2017, the band showed off their outstanding musical skills through their massive EVERY DAY6 project which had them releasing two new songs and holding a concert every month.

This project has become an important foundation for the growth of the band. By taking this as a stepping stone, the quintet has opened the doors to be reborn as a global band that has gone from holding shows at small concert halls to taking on large-scale world tours. 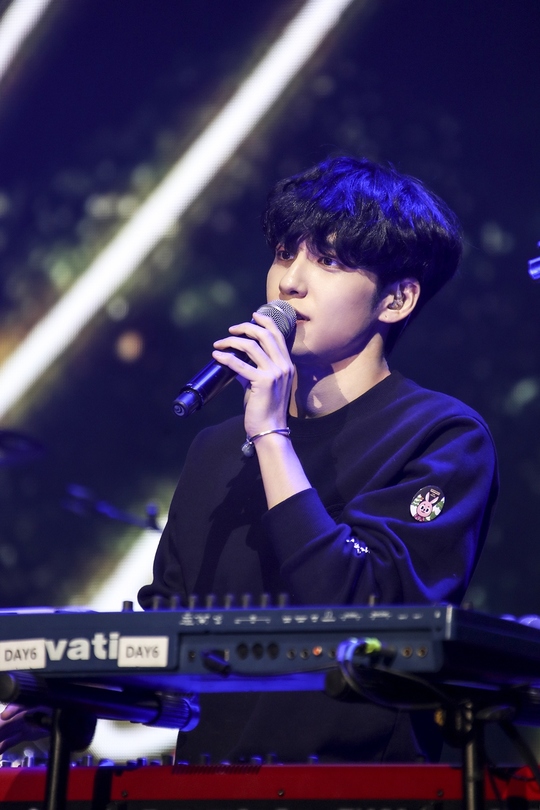 For the first time since their debut, they embarked on a world tour in 2018 and set a foot in the global music market through their DAY6 1ST WORLD TOUR “Youth”, and this year, their second world tour DAY6 WORLD TOUR “GRAVITY” brought in amazing success for the band as they held a total of 32 performances in 26 cities.

Their music, which used to paint small concert halls, now resonates around the world and shows the future of Korean band music. Playing a big factor for their success, the band’s aim of constantly challenging new music whenever they release albums makes it hard to tell how far their limits are. 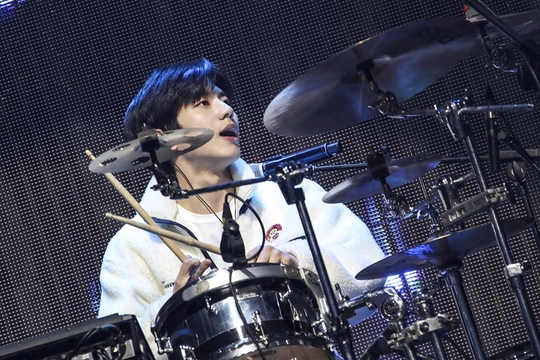 In fact, their third full-length album The Book Of Us: Entropy, which was released in October, brought freshness with its various tracks incorporating elements of disco, bossanova and reggae. With all the new musical colours that they show for every comeback, fans couldn’t help but be excited about what kind of sound they will return with every time.

READ: DAY6 Grants Fan With Leukemia’s Dream Of Meeting Them Through Make-A-Wish Korea