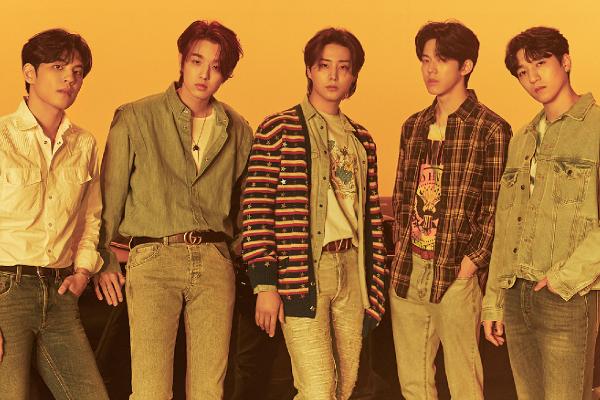 DAY6 never disappoints as the band demonstrates the greatness of love and how it can give restoration in the most difficult times!

Wrapping up the book series, DAY6 released the 7th mini-album The Book of Us: Negentropy – Chaos swallowed up in love, with the title track “You make Me.” 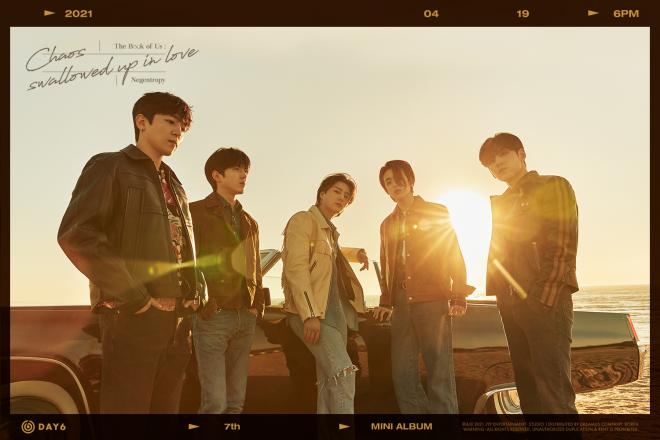 Consecutively, the unit DAY6 (Even of Day) released the album The Book of Us: Gluon – Nothing Can Tear Us Apart in August 2020.

The album raised anticipation from global fans as DAY6 gives “NEGENTROPY” their own meaning. Having things in order as well as the opposite of chaos, DAY6 wanted to talk about the theme that “in the end, the energy that will restore us is love. And through love, we become one.”

The title track “You make Me” demonstrated DAY6’s endless ability as singer-songwriters. Portraying various moments in a person’s lives as well as the emotions shared with a loved one, the term “band that sings every moment” definitely proven DAY6’s capability as a band.

Forming wide consensus with global fans, the final part of the book series marked a beautiful completion and a new beginning.

“You make Me” was like DAY6’s past title tracks — a song filled with a lyrical atmosphere. The lyrics were exemplary, that the moment you listen to it, you’d feel nostalgic and will start reminiscing the happy days. The music video was rather a perfect backup for this magnificent theme. How the couple went through a difficult situation because their love for each other restored them.

Written by Young K and Wonpil, “You make Me” was no doubt a masterpiece. As the song captured the warm hope of blooming despite difficulties, DAY6 stays true to its term of “trust and listen to DAY6.”

Relatively, how the members looked majestic while playing their respective instruments at the seaside under the golden sunset was breathtaking. With the increasingly dramatic sound stimulated with deep emotions, the members’ grandeur vocals added affection and warmth to the song.

Meanwhile, DAY6’s 7th mini-album The Book of Us: Negentropy – Chaos swallowed up in love was released on various global music streaming sites on April 19 at 6PM KST. Alongside is the music video for the title track “You make Me.”

FacebookTwitter
SubscribeGoogleWhatsappPinterestDiggRedditStumbleuponVkWeiboPocketTumblrMailMeneameOdnoklassniki
Related Itemsday6DAY6 NegentropyDAY6 The Book Of UsDAY6 The Book of Us: NegentropyDAY6 You make MeNegentropyTHE BOOK OF USThe Book of Us: NegentropyYou make Me데이식스
← Previous Story EXO’s Baekhyun Becomes Double Million Seller With Mini Album “BAMBI”
Next Story → McDonald’s To Launch “BTS Meal” Around The World Starting May