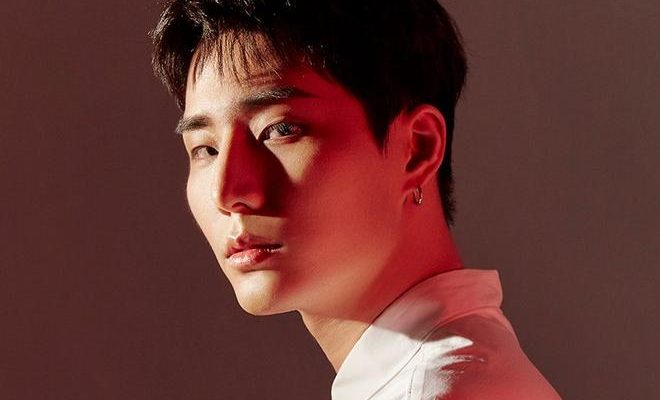 Make sure to mark your calendars and take note of the important dates, My Day!

DAY6’s Young K reveals an exciting scheduler poster that features the dates to remember ahead of his exciting 1st solo mini-album Eternal. 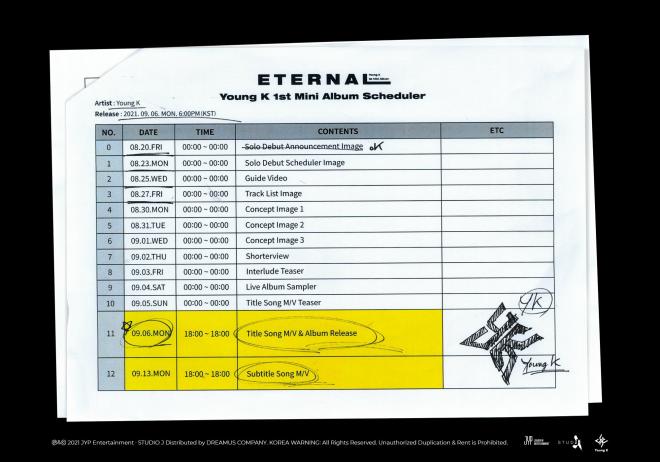 JYP Entertainment had announced on August 20 that Young K will be returning as a soloist.

At midnight of August 23, the scheduler poster displayed the important dates to watch out for, heightening excitement from global fans.

According to the scheduler, the idol band member will tease fans with lots of interesting content that will surely have everyone at the edge of their seats.

In particular, a guide video will be released on August 25 followed by the tracklist image that will reveal the songs included in the mini-album. 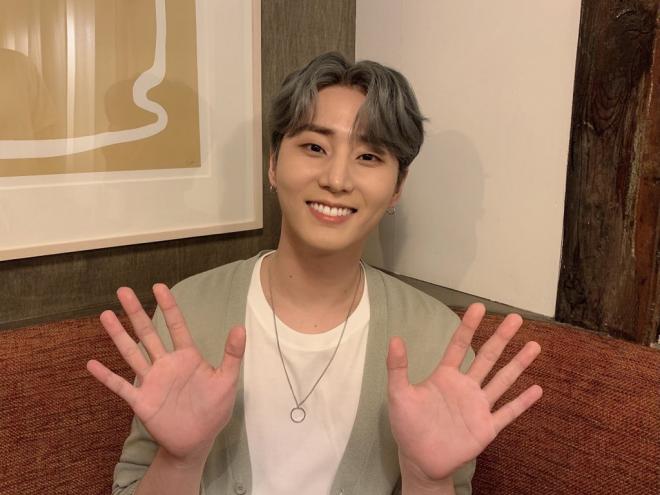 Then, global My Day (DAY6 fandom name) will be stunned by concept images on August 30, August 31, and September 1.

On September 2, Young K will present a Shorterview that will further raise anticipation for the album’s release.

DAY6 Young K and his wish to sing forever

Young K’s 1st solo mini-album Eternal is based on the singer’s real name Kang Young Hyun. As he names the album himself, he also includes his goal to sing and present good music forever.

Particularly, Young K has been releasing music that comforts and sympathizes with listeners. He also participated in the creation of DAY6’s hit songs. Some include the tracks “You Were Beautiful,” “Time Of Our Life,” “Shoot Me,” and “Zombie”.

In addition, due to DAY6’s impressive ability to deliver emotions through music, the idol band had received the modifier of “trust and listen to DAY6.”

The young idol band member has also shown off his emotional vocals in cover videos. This includes famous songs such as “Over The Rainbow” and “Fly Me To The Moon”.

All 26 song covers were uploaded on DAY6’s official YouTube channel under the playlist “YOUNG ONE”.

In addition to radio DJ hosting and drama OSTs, Young K has also participated in DAY6’s 7th mini-album The Book of Us: Negentropy – Chaos Swallowed Up In Love. 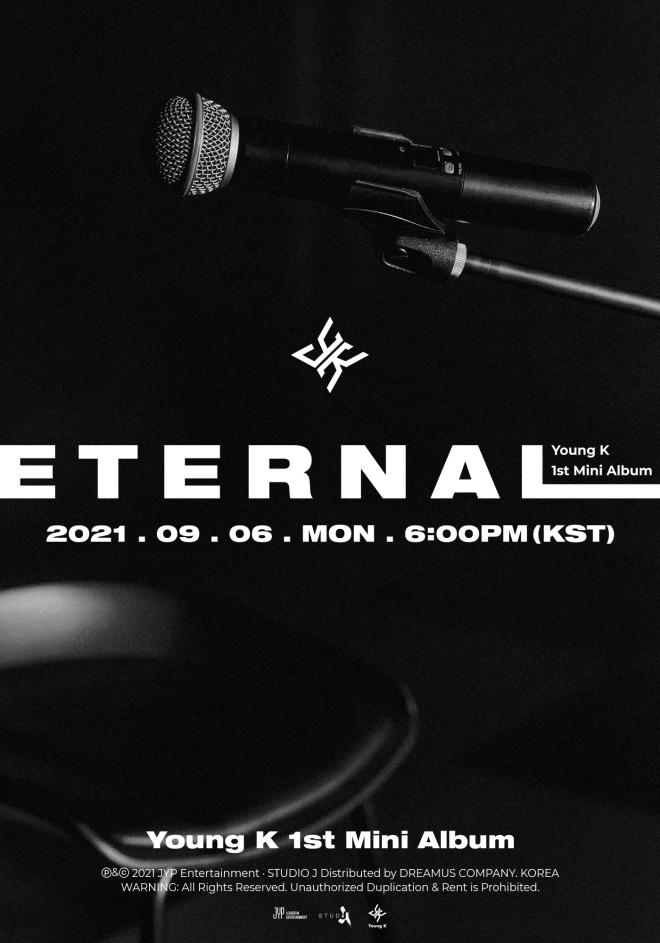