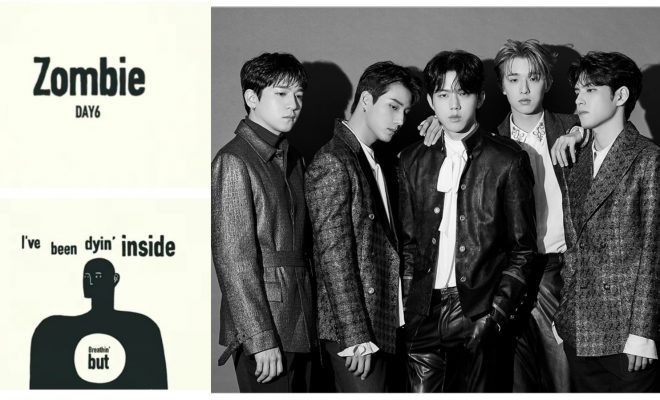 By Lilly | May 22, 2020
FacebookTwitter
SubscribeGoogleWhatsappPinterestDiggRedditStumbleuponVkWeiboPocketTumblrMailMeneameOdnoklassniki

The lyrics of the English version of “Zombie” has always hit hard, but it hit even harder with the added visuals in its newly released illustrated video.

On May 21, DAY6 uploaded the lyric video for the English version of “Zombie” on their official YouTube channel. The released lyric video displayed animated illustrations of the lyrics as well as the feelings expressed through the song.

Lots of intricate details are also present in the video such as how there is a hole in the person’s body signifying that they are hollow on the inside. They also then showed how that body is disintegrating as they slowly walk by. 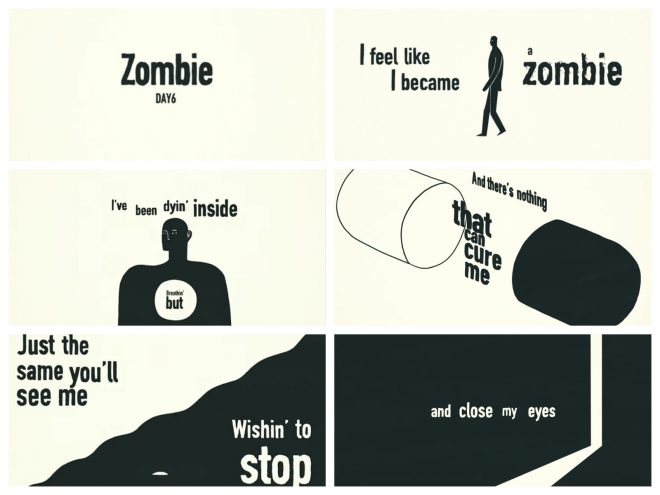 DAY6 had recently made a comeback with their album, The Book of Us: The Demon which is the third installment of The Book of Us series. The title track of the album is “Zombie” which also has an English version. It is composed by Jae and written by Young K and Wonpil.

The song talked about how a daily mundane routine makes us dispassionate about life. Taking on a quite relatable and sad atmosphere, it also offered solace that we are not alone in our struggles.

Through “Zombie”, DAY6 hopes to bring some form of comfort to their listeners, which is why the group also made an English version of it. Since the deep meaning of a song gets lost in translation sometimes, the group wrote the song from scratch in English while considering the feelings that they wanted to convey.

Definitely, a song that resonates and heals, “Zombie” also topped various music charts upon its release.