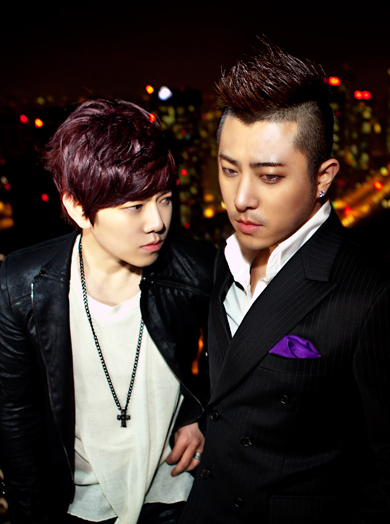 Duo, December, will be serving the military and has released their second full album, The Last Legacy, on December 20 as their last presentation before entering the military.

It has been 2 years since their first full album which was released November of 2010. With the retro melody and analogue feel of their title song Don’t Go, they have a total of 11 songs in this album. In the music video, member Yoon Hyuk worked with fellow label mate Heejung of E2RE as lovers.

Their agency, CS Happy Entertainment introduced the song, “The album contains a variety of genres, starting from ballad to hip hop ballads.”

Offline sales will begin on December 21. December will be entering the military in January and February. Yoon Hyuk will be serving as a public service duty officer and DK (Han Daegyu) will be a serviceman.

Check out their song and music video below: