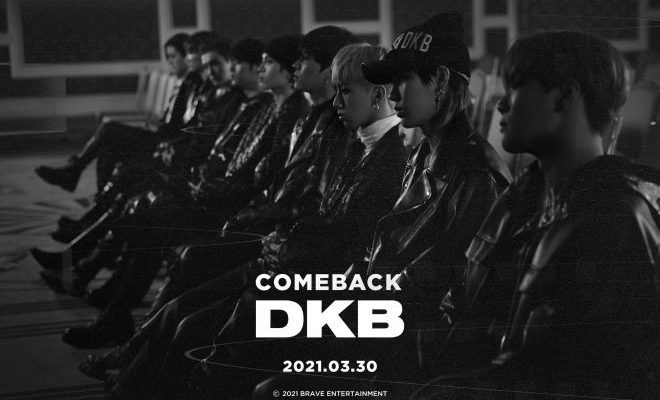 A bit over a year since their debut, the boys of DKB are now here and counting down the days until their first full album “THE DICE IS CAST “.

The boys from DKB recently stirred curiosity among music fans with the announcement of their return at the end of March. With not much time until then, the group hurried to share its promotional scheduler, revealing some interesting details. 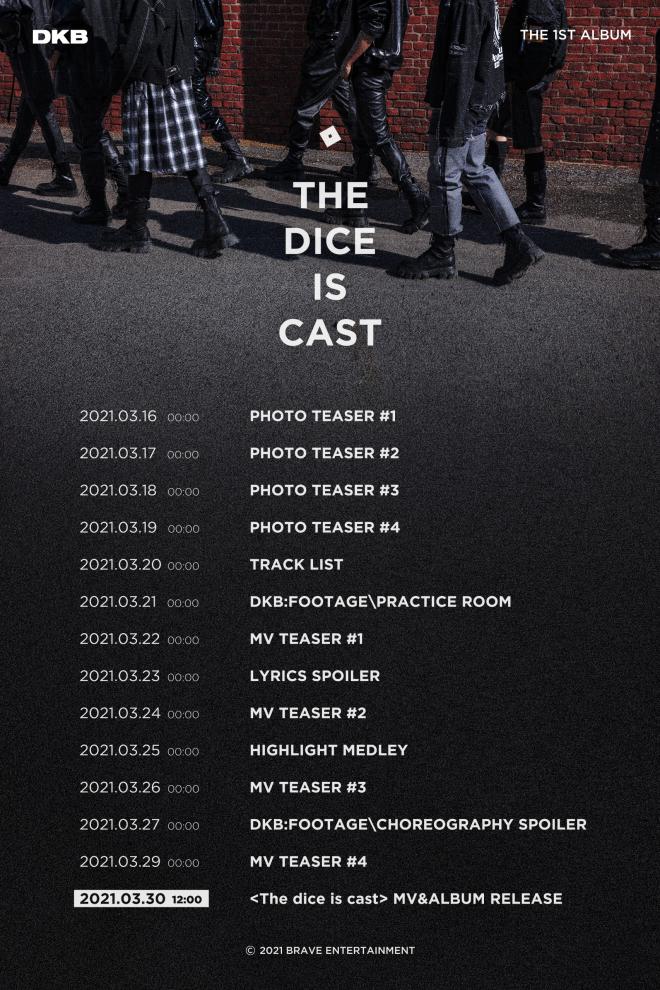 On March 15, Brave Entertainment unveiled the comeback time table through the official social media accounts. The poster showed the members walking towards the same direction, raising curiosity about their destination and creating questions about the new concept.

In addition, the post included that the idols will be releasing their first full-length album titled THE DICE IS CAST.

According to the scheduler image, the artists prepared a special full two-week worth of content to share with their fans. Starting from March 16, the boys will begin revealing the photo teasers and will later share the track list on March 20.

There will be the special DKB footage that will give a glimpse into their practice room and deliver a choreography spoiler. Also, the group will share a lyrics spoiler, highlight medley and various music video teasers, raising the expectations for the comeback.

DKB debuted in February 2020 and managed to impress the public with their work so far. The artists are known for taking active part in the production process of their own albums. Through their past releases, they also proved they can cover different genres and surprised fans every time.

Excitement is growing among their supportive fanbase, which is keeping an eye out for the coming teasers. Above all, attention falls on the type of music which the boys will deliver with the new release.

Meanwhile, DKB plans to drop its first full album THE DICE IS CAST on March 30 at 12 PM KST.