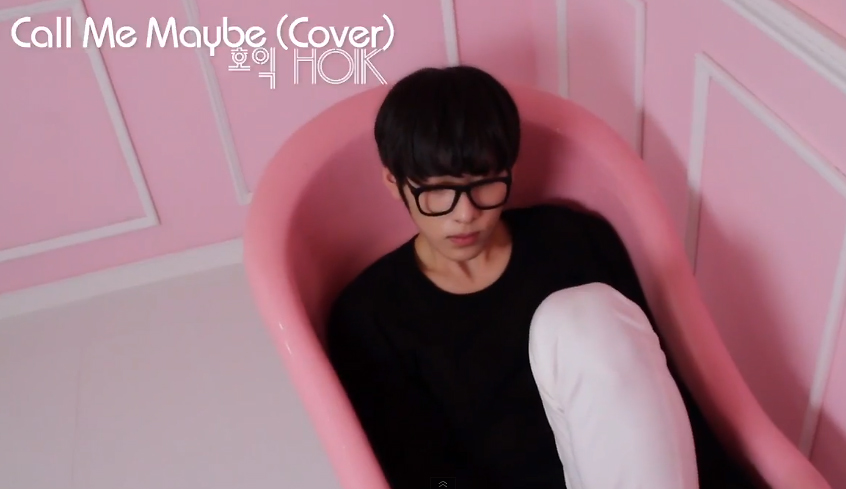 Right on the heels of fellow member Kimchi, Double A’s (AA)  Hoik wastes no time in showing off his vocal capabilities and personal charms through his cover of Carly Rae Jepsen’s global mega smash single, Call Me Maybe!

As per with the other members’ videos, simplicity is dominant in Hoik’s cover, aiming to focus on his vocals instead of the video’s visual elements. Dressed in a casual black and white outfit, Hoik belts out his acoustic version of the summery tune in a pink bathtub supported by building blocks that forms the word ‘BABY’ to relate his white and pink settings to the song.

Hoik’s cover is the last installment of Double A’s cover series, with other Double A members covering international chart-topping singles such as Justin Bieber’s Boyfriend, Pink’s Just Give Me a Reason, and Santana’s Smooth.

Did Hoik’s crisp vocals finish off Double A’s cover series with a sweet but nevertheless memorable bang? Watch his cover below to find out!