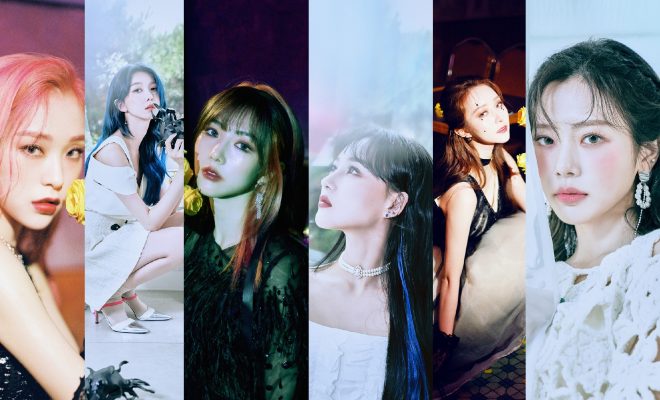 Dreamcatcher Are Light & Dark Angels For “Dystopia: Lose Myself” 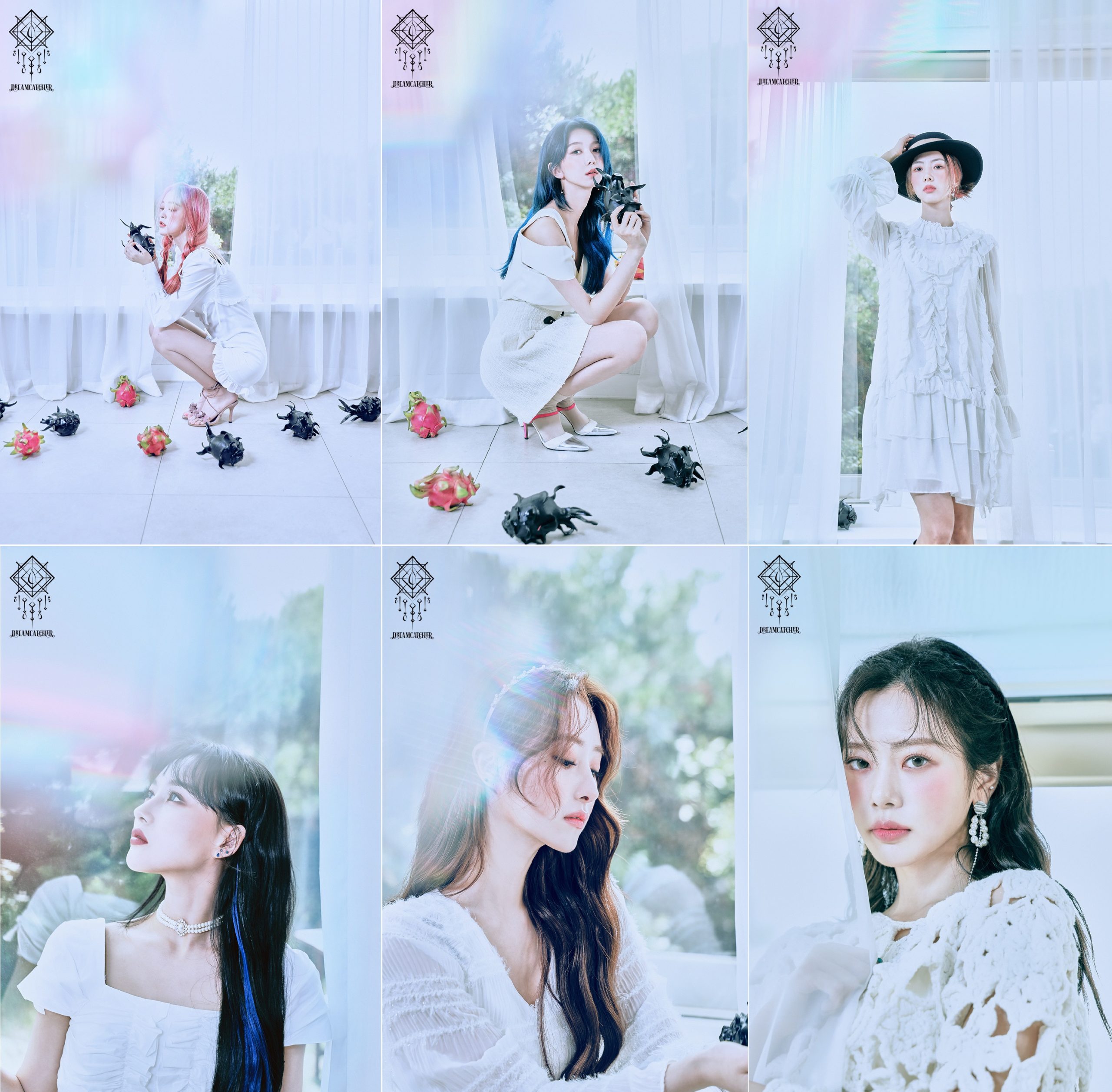 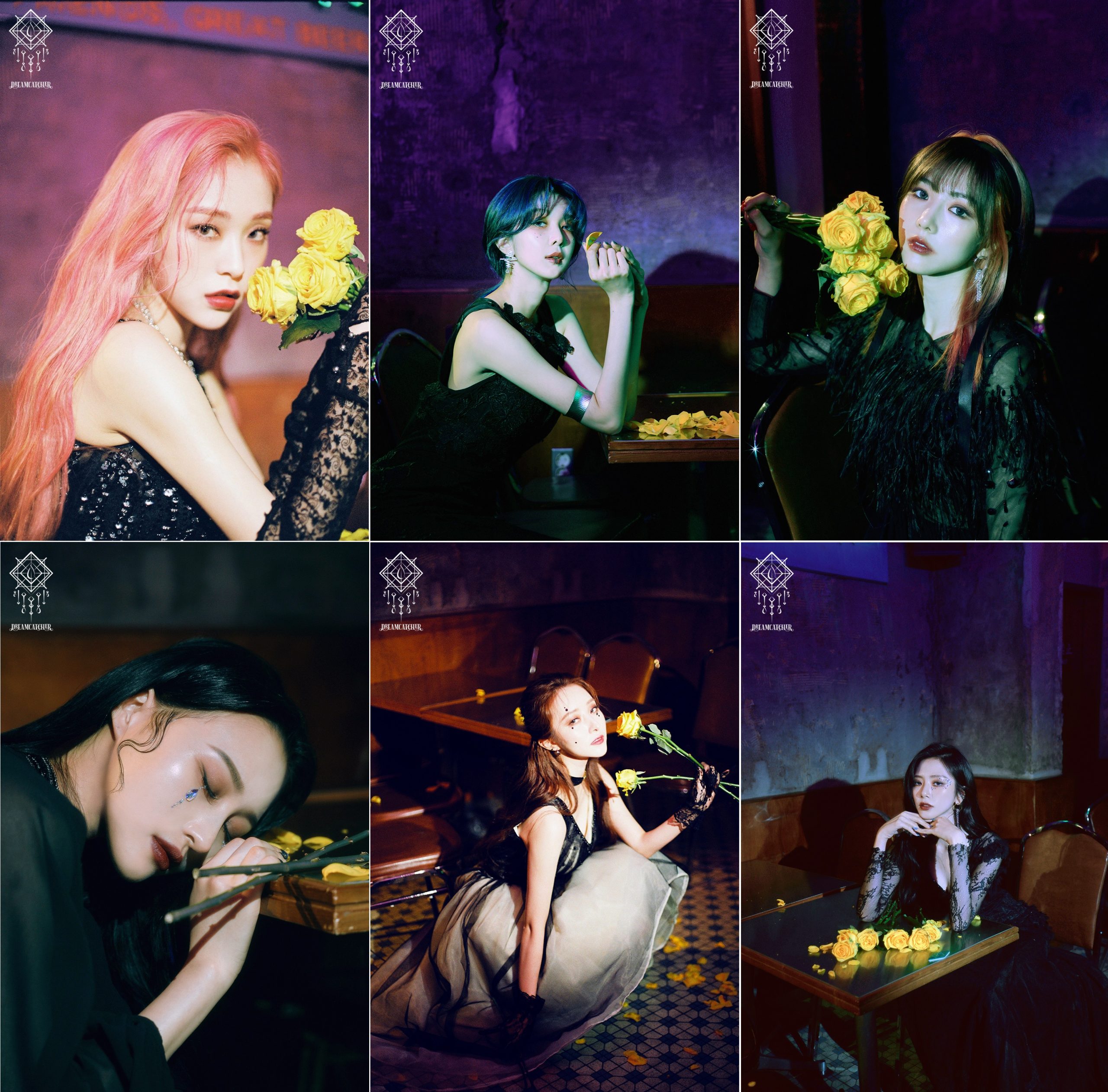 The group recently released its schedule for the new album’s teasers. On August 30 and 31, two different sets of solo images are unveiled, raising expectations from fans. In particular, the girls show contrasting shots which immediately catch the eye.

Moreover, the first set of images focuses on the pure white setting and clothes, highlighted by each members’ individuality. The scattered mysterious dark fruits also brings attention to themselves, creating even bigger curiosity.

Next, the artists transform into the complete opposites through the dark and alluring shots. Furthermore, each member wears black and had yellow roses with them. Although the setting took a turn, it completely managed to stir up even more excitement.

In addition, there are two more sets of individual images scheduled for August 3 and 4, followed by the group shots on August 5 and 6. After this, the group plans to focus on the album’s contents by starting with the track list and a lyrics spoiler.

During the last few days, Dreamcatcher will focus on the Highlight Medley and video teasers, including a surprise dance preview. Fans are already showing their support and excitement to see what will the girl group bring this time around.

Previously, the artists unveiled their trade mark, the “mystery code” hinting at their comeback. In particular, this album is part of a series, following the group’s previous release Dystopia: The Tree of Language.

Meanwhile, Dreamcatcher will release the fifth mini-album Dystopia: Lose Myself on August 17 at 6 PM KST.

Hellokpop, as an independent Korean entertainment news website (without influence from any agency or corporation), we need your support! If you have enjoyed our work, consider to support us with a one-time or recurring donation from as low as US$5 to keep our site going! Donate securely below via Stripe, Paypal, Apple Pay or Google Wallet.
FacebookTwitter
SubscribeGoogleWhatsappPinterestDiggRedditStumbleuponVkWeiboPocketTumblrMailMeneameOdnoklassniki
Related ItemsDreamcatcherDystopiaDystopia: Lose Myself드림캐쳐
← Previous Story Enter Into A World Of Spellbinding Beauty With These Magical Music Videos By TWICE
Next Story → Rocket Punch Are Bright Summer Ladies In “Blue Punch” Latest Teasers