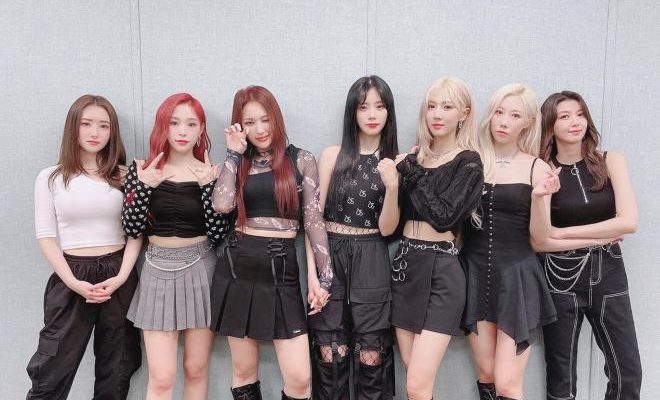 Dreamcatcher prepares a summer special to end the month of July with a splash.

Girl group Dreamcatcher recently dropped the news of a comeback, aiming for the end of July. Now, the idols dropped the schedule and details for this upcoming special mini album, allowing fans to mark down the important dates ahead. 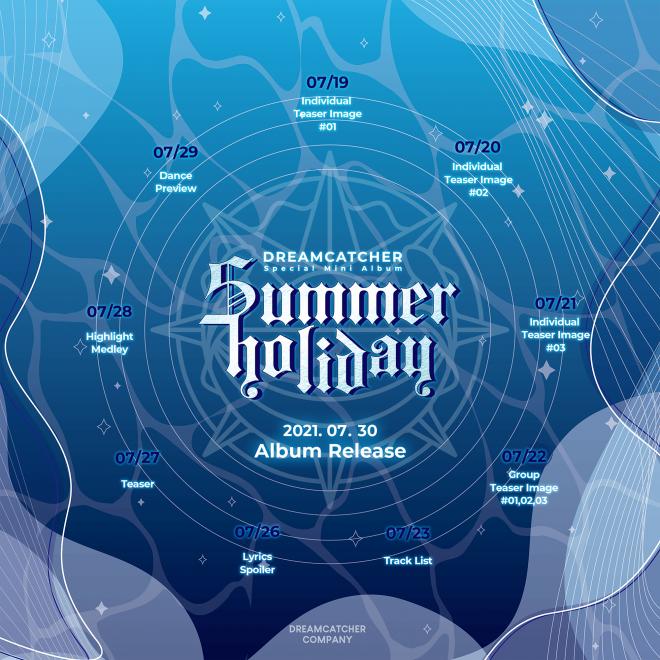 The released image evoked a summery feeling with its blue shades reminiscent of an ocean photo. In particular, the picture revealed the release date, as well as the title of the mini-album to be Summer Holiday.

As pointed out, the countdown will begin on July 19 with the individual concept photos. The girls have three versions prepared, to which they will reveal the group shots on July 22 and with the track list on July 23.

After a two-day break, the teasers will continue with a lyrics spoiler, music video trailer, highlight medley and dance preview. There are a lot in store for fans to enjoy while waiting for the album to drop.

Prior to the scheduler, the artists revealed their trade mark mystery code which featured a merry-go-round image with roman numerals. Curiosity is rising about the type of concept and songs the idols will present.

Meanwhile, this is the group’s first comeback since Dystopia: Road to Utopia, released in January. The mini album will put an end to the Dystopia trilogy that showcases an intriguing worldview about hateful comments and their negative effects. Speculations are already appearing about the artists’ new work, drawing attention from music lovers everywhere.