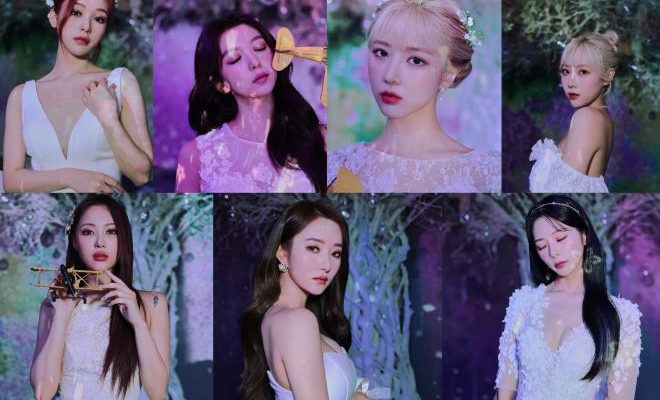 Dreamcatcher continues with mysterious teasers for their late July comeback.

After revealing the plans for an exciting return this July, Dreamcatcher started counting down. The girls have a lot prepared and have already shared two of their concept photos. 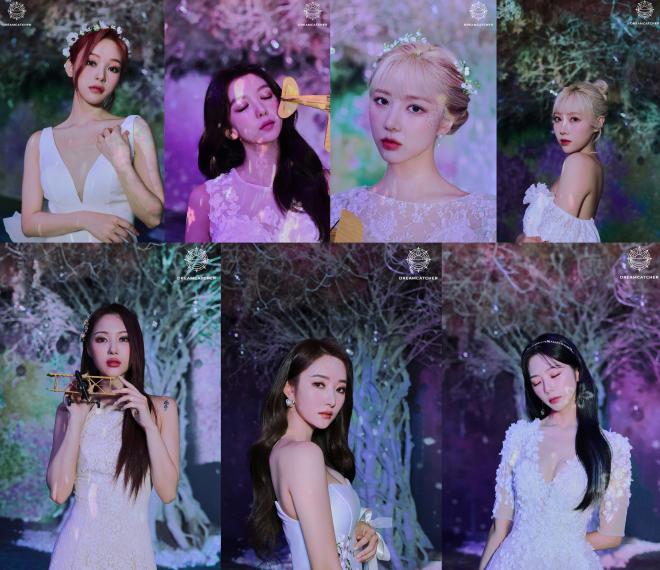 On July 20, the group dropped seven new teasers, highlighting the individual charisma of each member. Particularly, they showed a contrast from their previous shots by flaunting their mysterious “summer girl” charms.

In the first concept photos released earlier, the artists showed a refreshing and bright look that goes well with summer. Meanwhile, the second concept images created a mystical atmosphere, like fairies in an enchanted forest, overwhelming the eyes.

In particular, the girls looked ethereal in their pure white outfits and striking poses. This different look stirred the curiosity of fans even more about their new sound.

The group will drop one more set of solo teasers, followed by the three group images. Later, the artists will reveal their upcoming tracklist, a lyrics spoiler, music video teaser, album and dance previews.

Dreamcatcher captured the hearts of many with their impressive sound based on metal and rock. This special album has a bright name, raising questions if they will present a different feel with their music.

Also, this is the group’s first comeback in about six months after the release of Dystopia: Road To Utopia. This brought further joy to everyone who likes their music.

Dreamcatcher plans to make a comeback with Summer Holiday on July 30 at 6 PM KST.