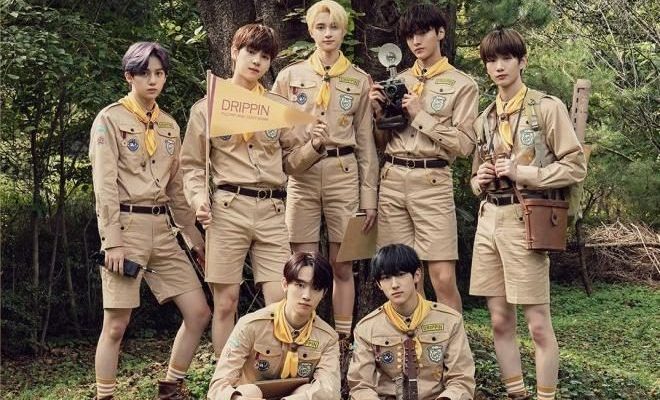 DRIPPIN Embarks On An Expedition In “Shine” MV

Prepare to go exploring with DRIPPIN in their music video for “Shine”!

The recently debuted boy group from Woollim Entertainment surprised fans with the release of a new music video. DRIPPIN showed more charms for the clip of their song “Shine”, continuing to garner music lovers’ interest. 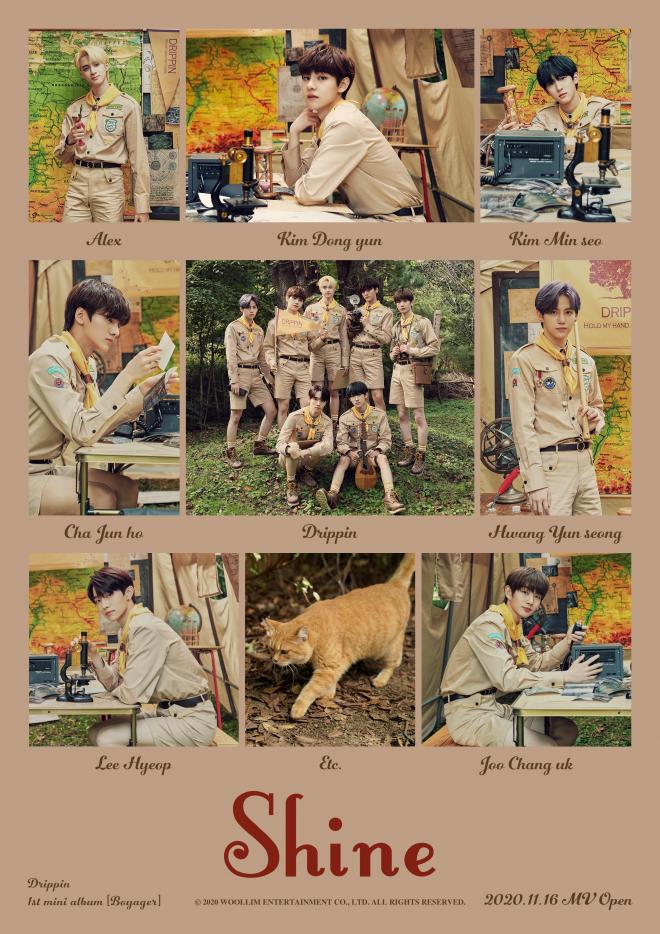 Woollim Entertainment shared the music video for “Shine” on November 16, after previously teasing it through a special poster. The image drew attention with the boys wearing scout uniforms, which portrayed the concept of this clip.

Earlier, DRIPPIN explained the hidden meaning of the music video of “Shine” in detail through Naver’s V LIVE on November 15, solving fans’ curiosity.

The music video attracted fans even more as it is a homage to Wes Anderson’s movie Moonrise Kingdom. The characteristics of the seven members were portrayed as geographers, astronomers, botanists, all combined under the concept of “Club”.

In particular, “Shine” is connected to the group’s title track clip for “Nostalgia”, as both lead to the same tree. This added fresh fun and created a more complete world view of the new idols.

DRIPPIN made its official debut on October 28 2020 with the mini-album Boyager. The main song “Nostalgia” is an attractive dance pop piece with a funky guitar and an addictive whistling sound.

Moreover, the music video for “Nostalgia” showed impressive views in just a few days after its release. In addition, the album ranked high in various countries, showcasing the interest from global fans for this new K-pop boy group.

Meanwhile, DRIPPIN continues to be actively promoting their debut album.