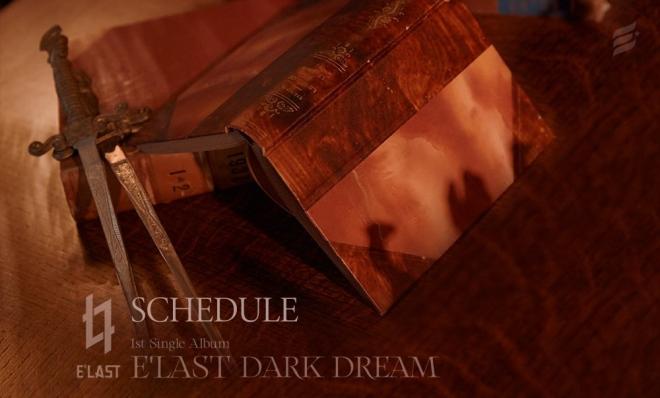 The mystery behind the comeback of boy group E’LAST will slowly begin to unfold, starting with the revealed schedule.

E’LAST, who captivated eyes and ears with its unique sound and stages, dropped the next hint after the comeback reveal. The group shared its scheduler, unveiling the upcoming content prepared to tease fans while they wait for the single album Dark Dream to drop. 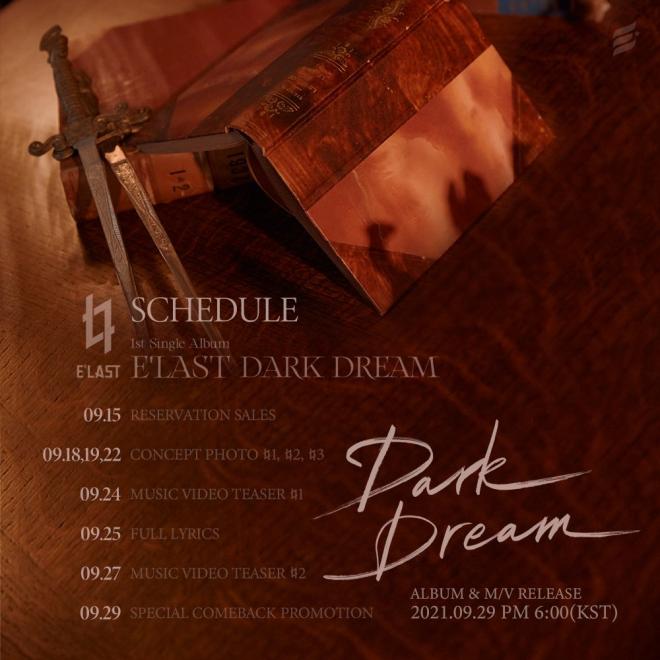 According to the image, the boys have a couple of things to share prior to the album’s release. They will begin the countdown on September 18 by sharing the concept photos, which will shine a little more light on this mysterious theme.

Later, the idols will upload two music video teasers, as well as the full lyrics to their title song. Lastly, on the day of their return, they plan to hold a special comeback promotion for fans.

The artists previously unveiled an image with intense colors, drawing attention and raising questions about their upcoming music. The new photo continued that intriguing concept by placing books and swords close to each other, further stimulating the imagination of fans.

Expectations keep growing for the artists’ return, as they have already proven how talented they are in many aspects. The idols also introduced their unique sense of entertainment through their reality show E’LAST Superhero, which is released every Wednesday through Mnet’s digital studio M2.

E’LAST plans to release the first single album Dark Dream on September 29 at 6 PM KST, along with the group’s new music video. It is now time to keep a close look for the upcoming teasers.