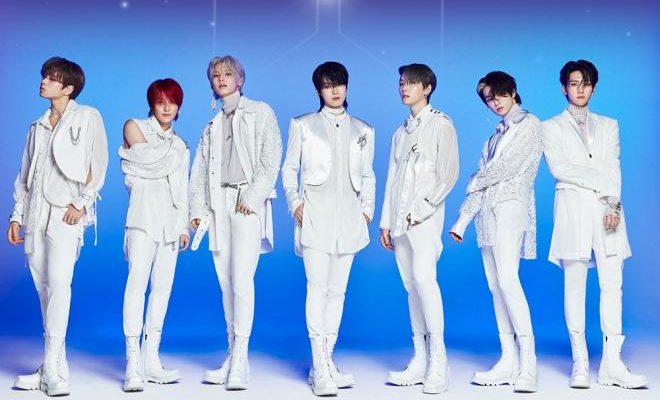 Rookie boy group E’LAST is stirring up anticipation and positive reactions about its approaching comeback with AWAKE. In particular the members stunned with their music video teasers that showed a new deep charisma. 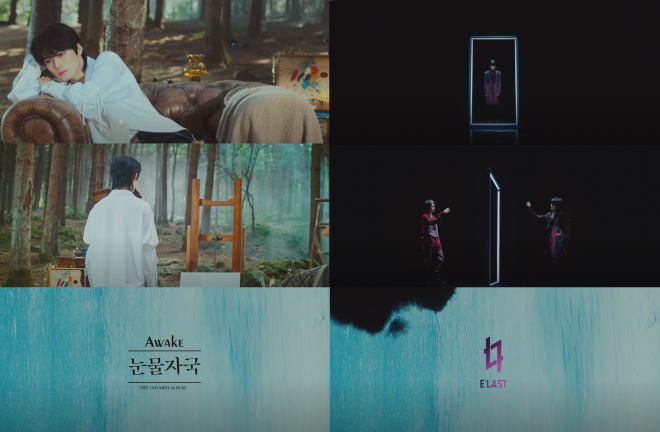 On November 4 and 6, the idols uploaded the two trailers for the mini-album’s main song, “Tears Of Chaos”, on the official platforms. The group surprised with the intensity of the clips, hinting that they will be showcasing a new side, which is already being awaited with excitement.

Both videos start with a slower melody before suddenly switching to an unexpected powerful beat. The first clip begins with the waking up of Seungyeop and him starting a projector, followed by the appearance of the other members. It finishes off with the unlocking of a new, darker space, further raising the curiosity.

While the second clip starts in the peaceful looking forest with Seungyeop drawing on a white board, it quickly switches to the dark area. There, we see the members displaying dynamic moves, looking at each other as if through a mirror’s frame.

The boys stated that they will be including five tracks in AWAKE, including the title “Tears Of Chaos”. It will also contain an “Intro” that will lead us into the world of the album, “Dangerous”, “Present” and “Because Of You”.

E’LAST already revealed their concept images for this album, delivering dashing looks from each member. The only content left to be shared is the Highlight Medley, through which fans will get a feel of AWAKE, prior to its release.

E’LAST plans to release its second mini-album AWAKE on November 11 at 6 PM KST. The group will also hold its comeback showcase on the same day, at 7 PM KST.