By Marty | May 16, 2021
FacebookTwitter
SubscribeGoogleWhatsappPinterestDiggRedditStumbleuponVkWeiboPocketTumblrMailMeneameOdnoklassniki

Wonjun and Seungyeop showcase boyish looks in their solo teasers for E’LAST U!

The newly formed unit E’LAST U is nearing the day of its debut and already managed to draw the public’s attention. The last individual teasers feature members Wonjun and Seungyeop, who appeal to fans with their visual and vocal charms. 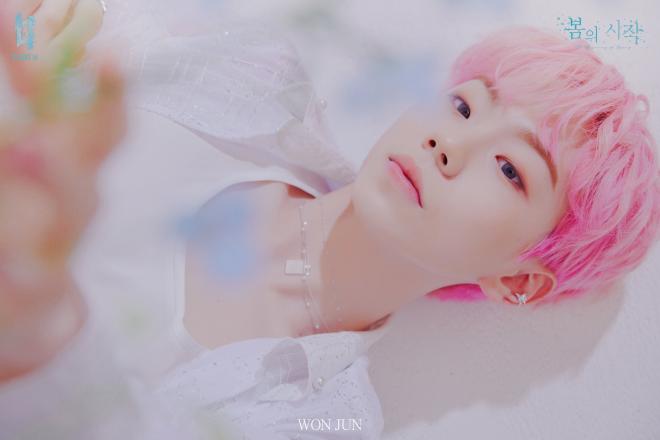 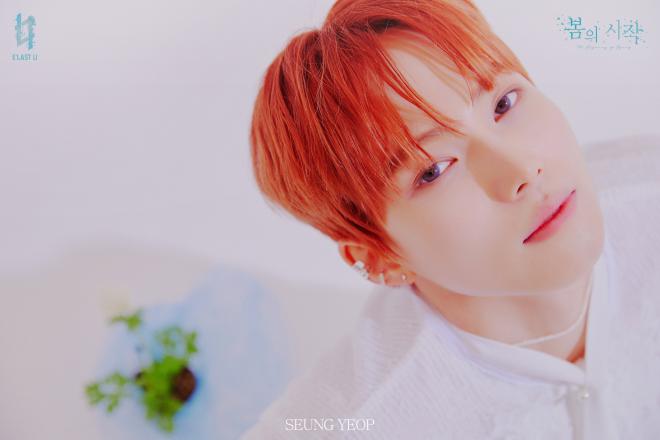 After sharing the concept photos and trailers for Romin and Choi In, it is time for the other two members of the unit to shine. Wonjun draws attention with his cotton candy hairstyle, presenting a whole new transformation and boasting his cute looks.

Meanwhile, Seungyeop looks handsome with his own bright hair color, shaking the hearts of fans with his charming features. 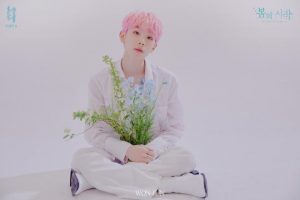 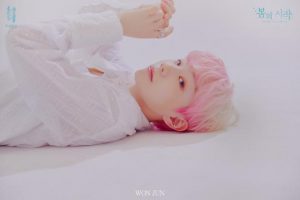 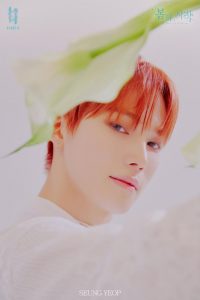 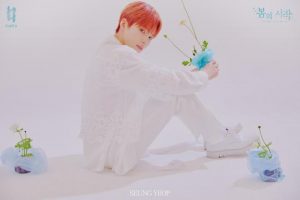 Aside from their teaser photos, the two also unveiled the video trailers for their title track “The Beginning of Spring”.

Wonjun can be seen in the middle of a grass field, highlighting the beautiful scenery that has been popping up in all the teasers. With the clip showing a more intense part of the upcoming choreography, curiosity is rising ahead on what to expect for the new song.

Seungyeop’s trailer presents a slightly different sound from the other three, intriguing even more about the final outcome. As the artist stands in front of a rocky background and impresses with his clear high note, his fans surely by now can’t wait for the upcoming song.

E’LAST U is set to show a different charm from that of the full group, raising anticipation about the unit’s debut. After completing the individual teasers, the group will be sharing its final concept photo and music video teaser next.

E’LAST U plans to release its first digital single Remember and its title track “The Beginning of Spring” on May 19 at 6 PM KST.