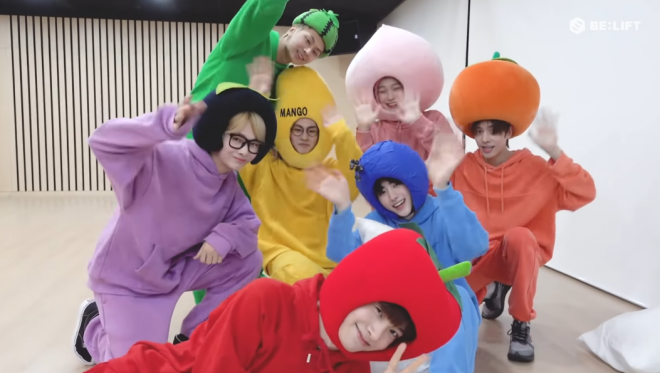 The fruit costumes of ENHYPEN are just too cute to handle!

On October 29, the septet released a fun-filled Halloween fruit version dance video for their song “Chamber 5 (Dream of Dreams).”

Heeseung dressed up as an apple, Jay as a watermelon, Jake as an orange, Sunghoon as blueberry, Sunoo as peach, Jungwon as mango, and Ni-Ki as grapes. Donning their adorable outfits, the septet performed their cheerful song for the first time as a full-group.

Meanwhile, in related news, the boys are currently busily preparing for their nearing grand debut. They will be specifically making their official entrance in the K-pop scene on November 30.

Fans should watch out as the group is set to drop more details and teasers about their first-ever mini-album.

Check out the adorable Halloween fruit version dance video of ENHYPEN for “Chamber 5” below: