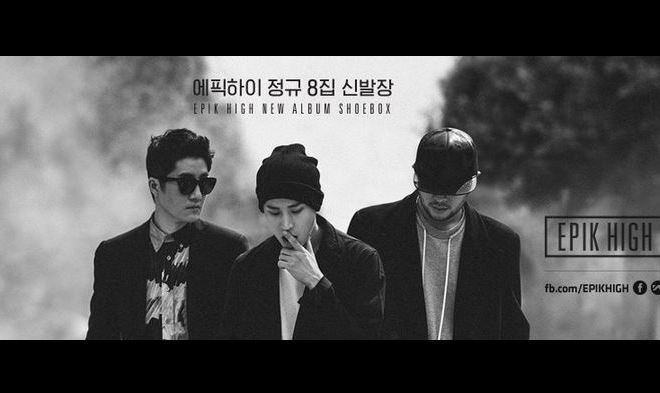 On October 11th, YG Entertainment posted a snapshot of two individuals legs and their shadows on its official Facebook page. The picture had the words ‘Who’s Next? Online 2014.10.21’ on it.

Just two days after, YGE announced that EPIK HIGH is the next group that will be coming back with its 8th full length album named SHOEBOX. The photo shown below says that the group’s online release will be on the 21st of October at 12am KST and the offline release will be the day after. 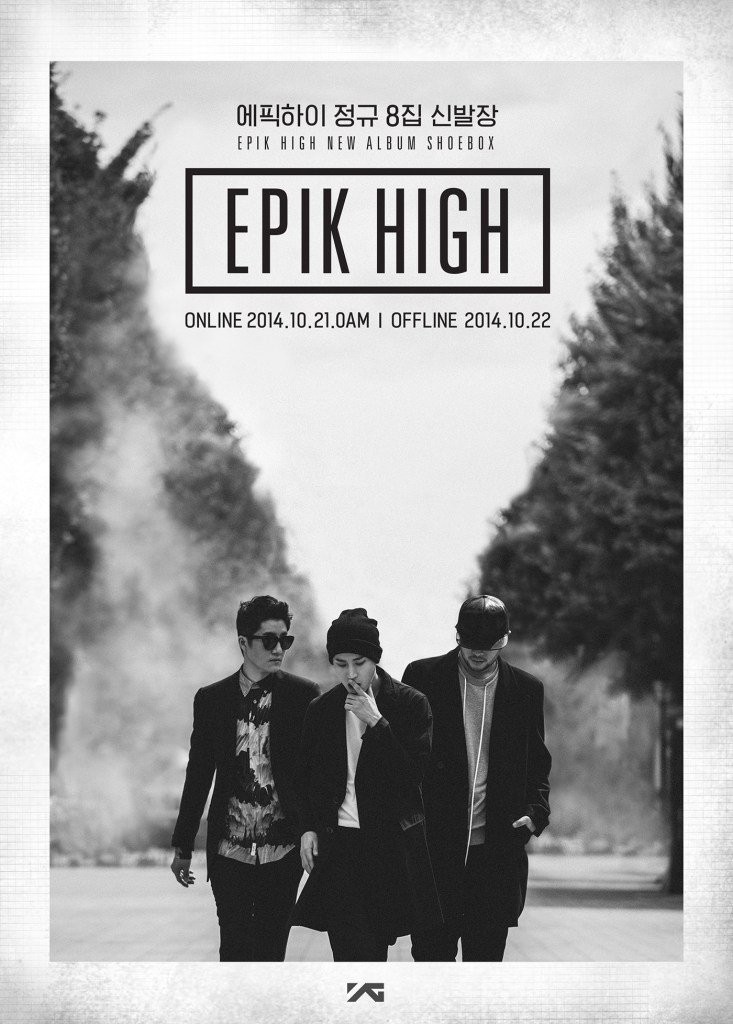 The day after the announcement of the group’s comeback, YGE posted the track list of the upcoming album. EPIK HIGH will be promoting with two title tracks, Wasteful Ending and Spoiler. The other songs on the album include, Interlude, RICH, Burj Khalifa, Fighting Again, AMOR FATI, BORN HATER, Lesson 5, LIFE IS GOOD, EYES, NOSE, LIPS and Shoebox.

The photo below is a unique music video teaser that YGE has posted. It shows the featuring line up for EPIK HIGH’s song BORN HATER. The picture posted showcases a montage of the rappers Beenzino, iKON’s Bobby & B.I, Verbal Jint, and WINNER’s Mino. The words ‘M/V RELEASE 2014 10.18 (SAT) 12AM’ are also written on the bottom, implying that the music video for the 8th song on the album will be released in a few days. 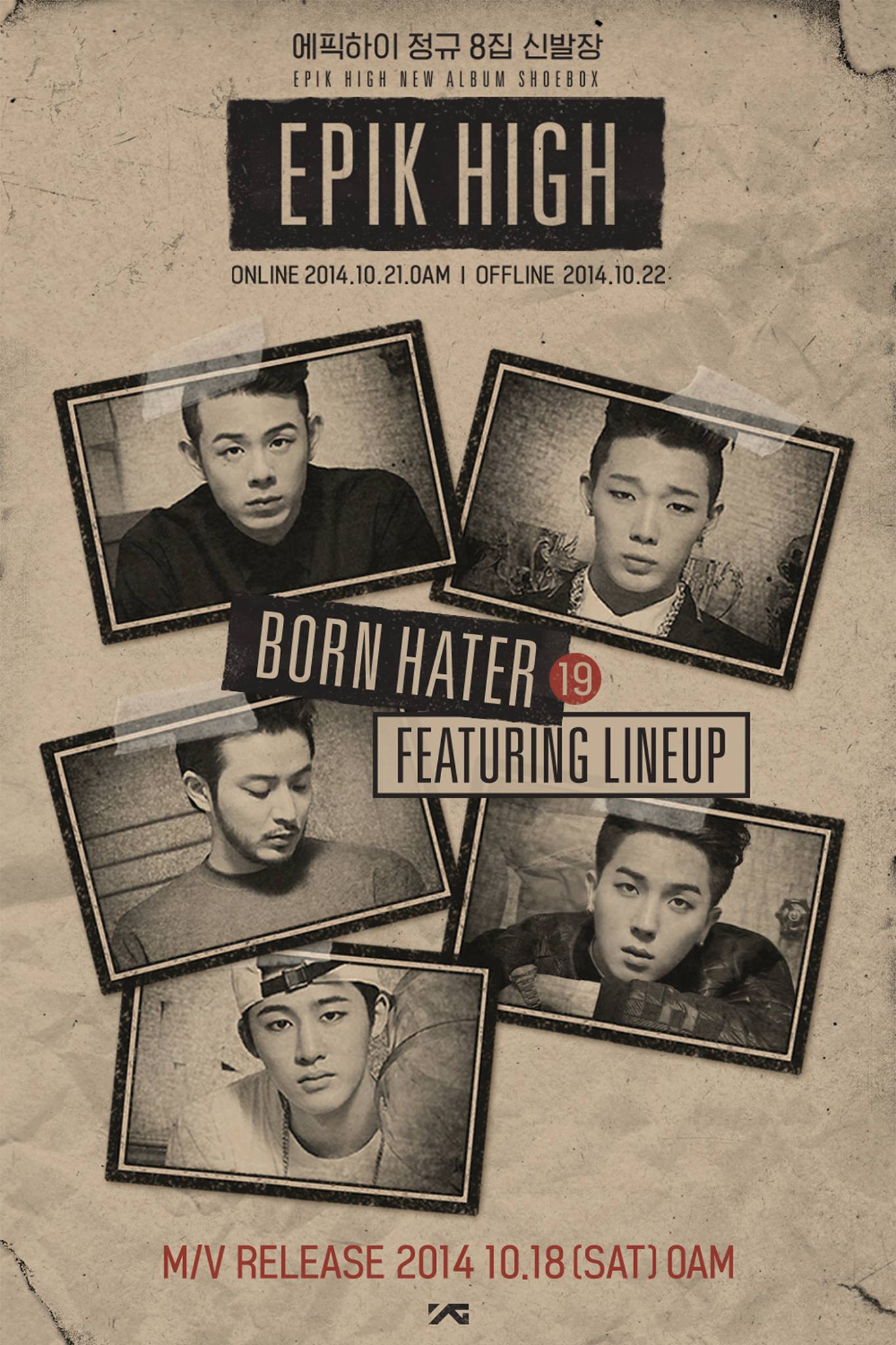 Fans have reacted positively  towards the line up on YGE’s official Facebook page, with some saying that it couldn’t be more perfect and others asking if Tablo’s daughter Haru will be featuring in one of the songs. We’ll just have to wait and see.

CEO of YG Entertainment, Yang Hyun Suk, held a press conference on the 13th to discuss EPIK HIGH’s comeback album. He explained that EPIK HIGH were meant to come back this week, but due to wanting the music video to be “more perfect”, the members have delayed their album release to the 21st.

Yang Hyun Suk also added: “EPIK HIGH had faced a lot of difficulties before they joined YG, so I have a special affection for this team. I’m very happy that they are now seeing favorable responses”.

Tablo recently posted the album cover of the new comeback album on Twitter. Look at the interesting album cover below:

In celebration of the announcement of EPIK HIGH’s 8th full length album comeback, hellokpop decided to put together a list of 8 of our favourite EPIK HIGH songs for all fans to reminisce about or to listen for the first time while waiting for the new comeback.

2. One Minute, One Second (Featuring Taru)

5. Pieces Of You (Featuring Jisun)