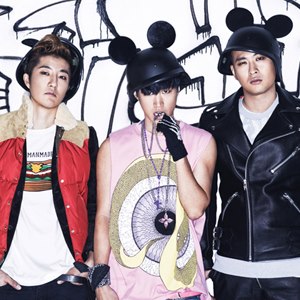 Epik High members, Tablo, Mithra Jin and DJ Tukutz, were eager to return to the studio to begin recording tracks together for the first time since DJ Tukutz’s and Mithra Jin’s enlistment in the Korean military that resulted their temporary hiatus as a group.  After months in the recording studio, Epik High has put together an album with lyrics that chronicled the members’ lives and experiences over the past several years, backed by beats laced with genre-crossing musical influences.

The first track to be released from 99 is  It’s Cold, which features vocals provided by K-Pop Star finalist, Lee Hi.  The song was released on October 9 and immediately reached #1 on every Korean music chart; a testament to Epik High’s popularity and the dedication of their fans.

A ground breaking group credited with bringing hip-hop to the mainstream in Korea, Epik High use their lyrical skills and production talent to overcome Korea’s initial resistance to hip-hop music and earn them a spot as one of the most popular hip-hop acts in Korea today.  The trio has earned numerous awards in Korea throughout their career, including winning the ‘Best Hip Hop Artist Award’ at the 2009 24th Golden Disk Awards (dubbed the Korean Grammy Awards).

Epik High’s 99 album is their most anticipated release to date, both by fans and the members alike. When asked about the meaning behind the title of the album, the members of Epik High explained that the number 9 holds special meaning for them and they are celebrating their 9th year as a group by releasing this album which features 9 new Epik High songs.  In addition, the group said that, “we made this album for 99% of the people, not just 1%”.  Their forthcoming album is sure to meet the expectation of that 99% and to be their biggest success to date.

5. You Don’t Deserve Her (feat. Gaeko of Dynamic Duo)

Check out the MVs below: