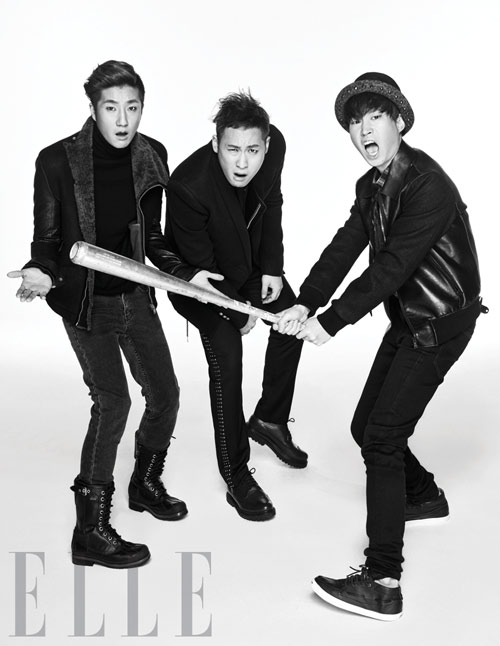 Fashion magazine, Elle, has provided pictorials and interviews for their December edition with Epik High.

The group talked about their feelings of making a comeback after 3 years, “In the beginning when we debuted, even performing for 1 hour was very hard but with the promotion of the new album, at various club performances we performed at least 3 hours. We enjoyed it as it has been a while since we stood on stage together.”

Epik High explained how it felt to work with YG Entertainment producers, “It’s the first time working with other producers to create a song, but it’s brighter and has more energy than the songs that we produce ourselves.”

Year 2013 will mark the 10 year anniversary of Epik High’s debut, and they say that they want to prepare a shocking album.