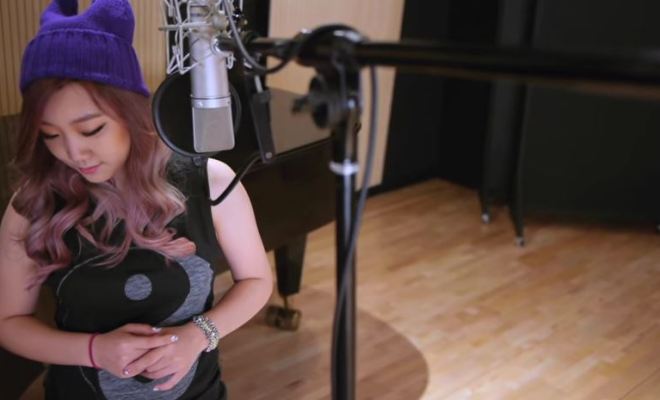 eSNa sings her own English version of ‘Some’

Newly debuted singer and songwriter eSNa just last month uploaded on her YouTube channel an English rendition of the hit song Some. The song sung by So You and JungGiGo was actually written by eSNa herself.

The talented artist also contributed towards the hit songs Special Love by Wheesung and Gummy and also Without You by Mad Clown and SISTAR’s Hyorin.

The piano was played by Kim Hyung Suk as eSNa sung along beautifully. Listen to and admire the different and slower version of Some.

The singer-songwriter debuted about two months ago with the song I, I Love You. eSNa showed her musical ability to the world by composing the song herself; through personally directing the recording, playing the piano within the song and obviously putting her vocals to use and sing in it.

eSNa released her debut song on her YouTube channel in both Korean and English.

Listen to both below.