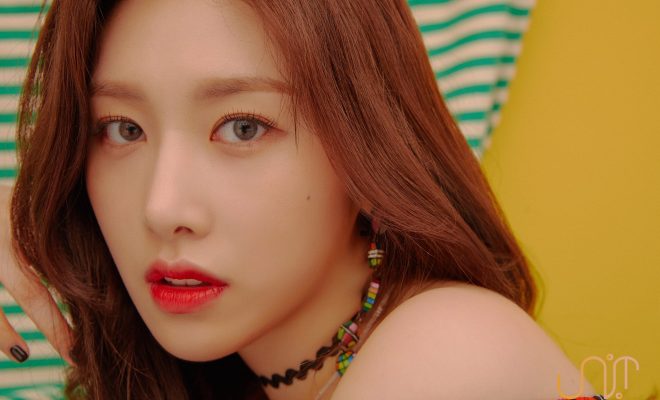 Euijin is first up in UNI.T’s teasers for upcoming debut!

New South Korean girl group UNI.T begins the countdown leading to its debut with the release of Euijin’s teaser photo.

The debuting girl group of KBS’ Idol Rebooting Project: The Unit also gave a sneak peak of its upcoming release “Line” through a 19-second video.

Aside from a teaser image, Euijin also took fans behind-the-scenes of the MV filming by sharing photos from the filming site. 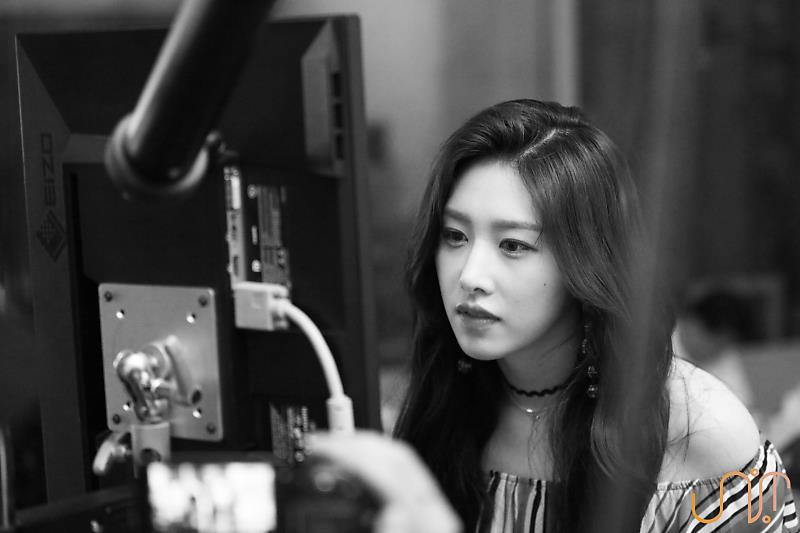 Following the debut of its fellow The Unit winners, UNB, on April 7, K-pop fans are now looking forward to the girl group’s ultimate reboot, who was initially reported to debut at the latter half of April.

The scale of its first release is also worth noting since UNB was granted double title tracks for its debut extended play Boyhood. Members of the boy group also participated in the songwriting and production of some tracks in the album.

Still, the members of UNI.T have proven to be a group of talent. Euijin, for one, is recognized for her stage presence and dance talent. Along with Suji, she impressed with a dance cover of EXO’s songs.

We need your support! If you have enjoyed our work, consider to support us with a one-time or recurring donation from as low as US$1 to keep our site going! Donate securely below via Stripe, Paypal, Apple Pay or Google Wallet.
FacebookTwitter
SubscribeGoogleWhatsappPinterestDiggRedditStumbleuponVkWeiboPocketTumblrMailMeneameOdnoklassniki
Related ItemsEuijinUNI.T
← Previous Story SEVENTEEN To Look Back On Past Three Years Via A Special Exhibition
Next Story → AOA Says “Coming Soon” In Teaser For First Comeback Since ChoA’s Departure