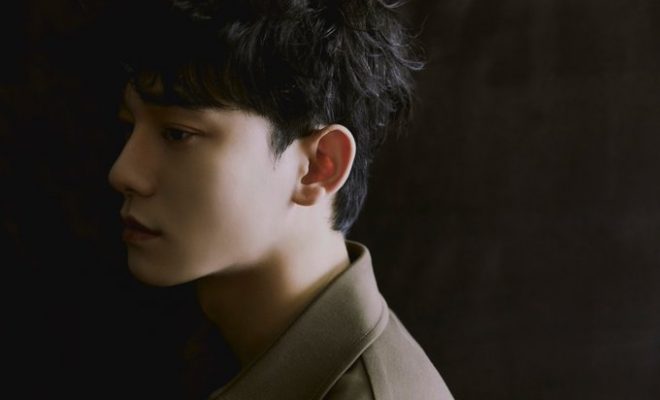 EXO’s main vocalist is getting ready to serenade fans with his upcoming album!

The excitement for EXO’s Chen’s highly-awaited latest project gets bigger as he teases fans with his visual photos and medley for his upcoming album, Dear My Dear. It is scheduled to be released on October 1. 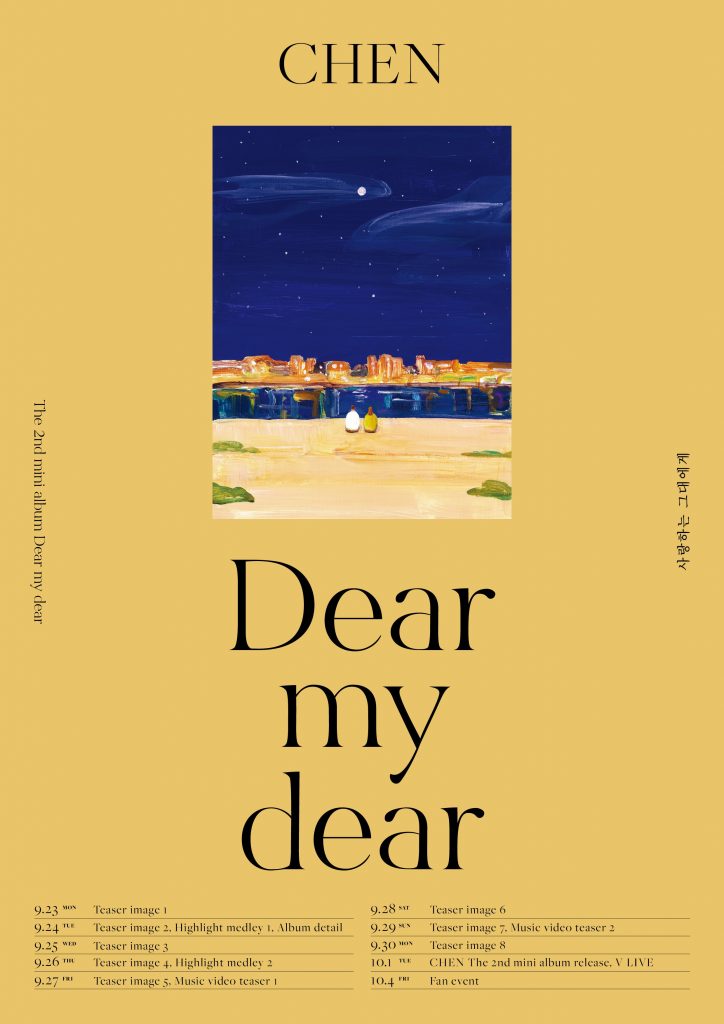 Kim Jong Dae, who is better known by his stage name Chen, is famous for his mesmerizing vocals and fans can expect the album to have emotional and wistful songs that adds to the vibe of the Autumn season.

Chen had made his solo debut with his album April and a Flower earlier this year in April and had mesmerized the audience with melodious ballads bolstered by his strong vocals.

Music video teasers are expected to be dropped on September 27 and 29 respectively. Finally, the album will be launched on October 1 with a scheduled fan meeting on October 4.

A parade of photo teasers

On September 23, Chen dropped the first photo teaser for Dear My Dear. In the background of the photo is the colored cover art illustration of the album which was revealed earlier on September 11. Giving off the romantic autumn feel in the photo teaser, the album is expected to include a collection of calm and soothing sounds. 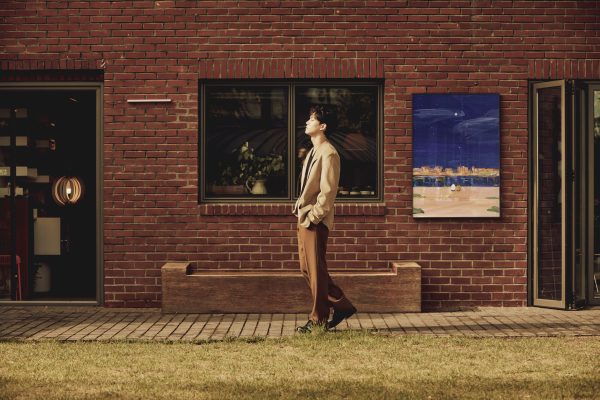 More visually appealing images from the album were released on September 24 with Chen looking immensely charming and gorgeous in all the photos. The artistic imagery captured emotions and exude the melancholy of loneliness.

Sporting a classic look with dark hair, Chen’s facial expressions focus on various sentiments. The minimalist background with flowers as the props enhances the aesthetics of the photos. 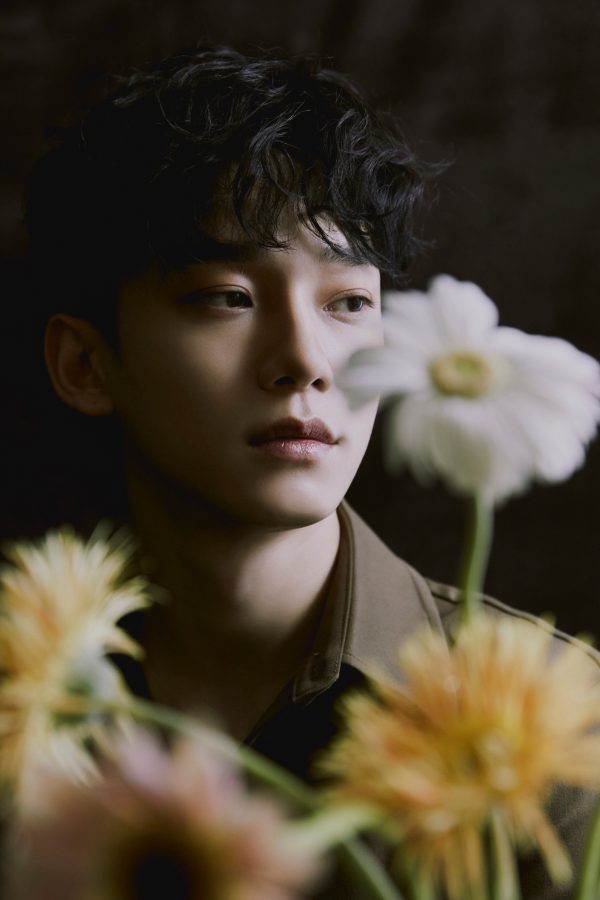 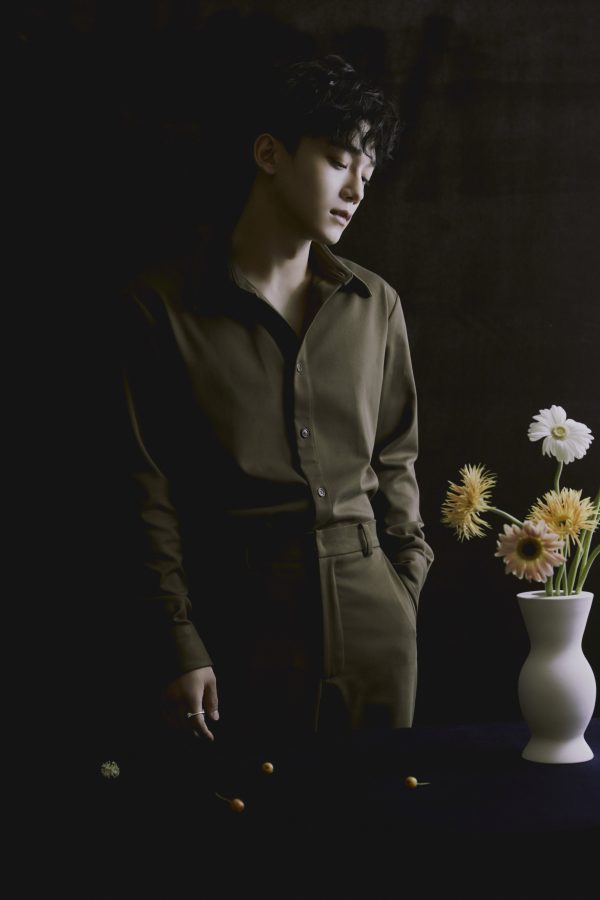 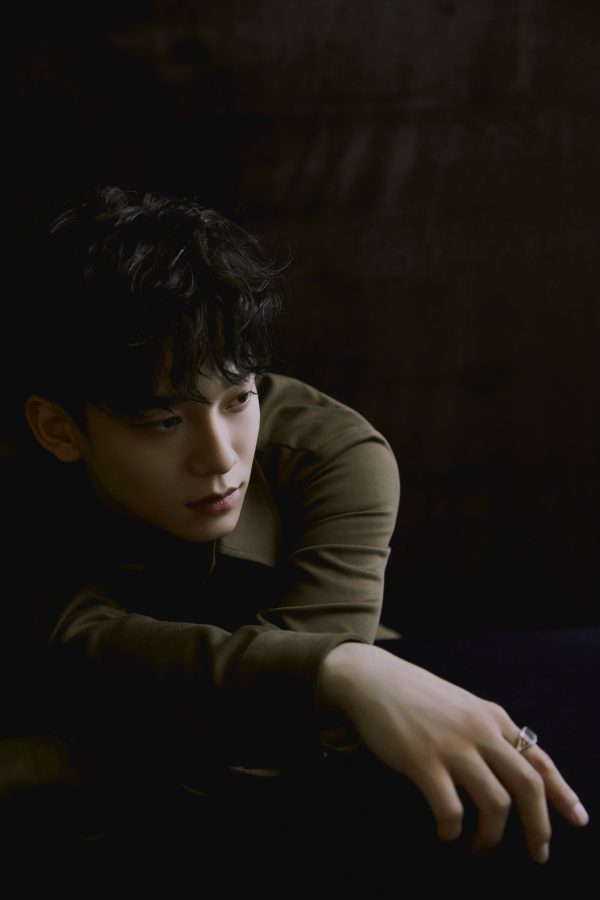 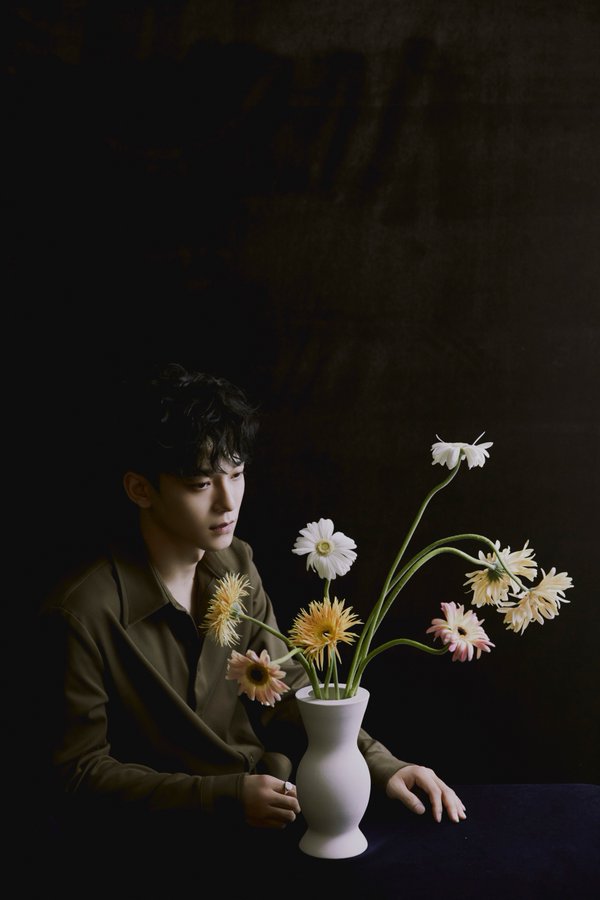 The singer posted the highlight medley for the album Dear my Dear on September 24 highlighting his beautiful and soulful voice. The medley is very relaxing with positive vibe giving a happy feeling to the listener. This has only made the fans anticipate the upcoming album even more anxiously.

The cover art for the mini-album was uploaded on EXO’s Twitter page on September 11. Two different types of art were revealed, one in color and the other in monochrome which represents the feeling one gets while watching the stars on late evening nights. 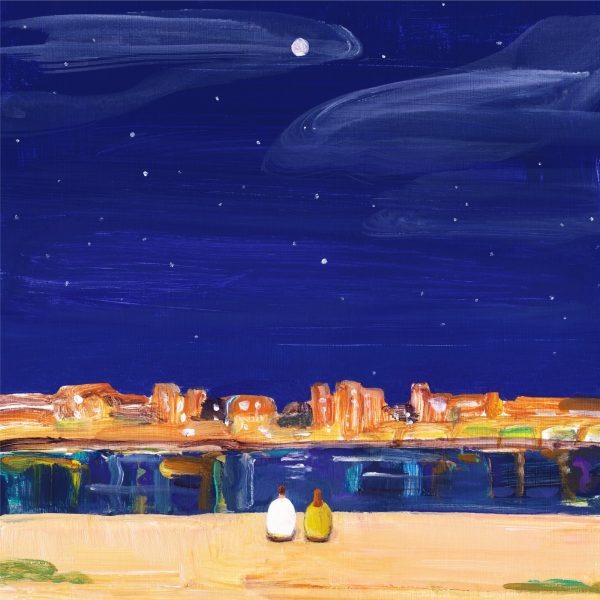 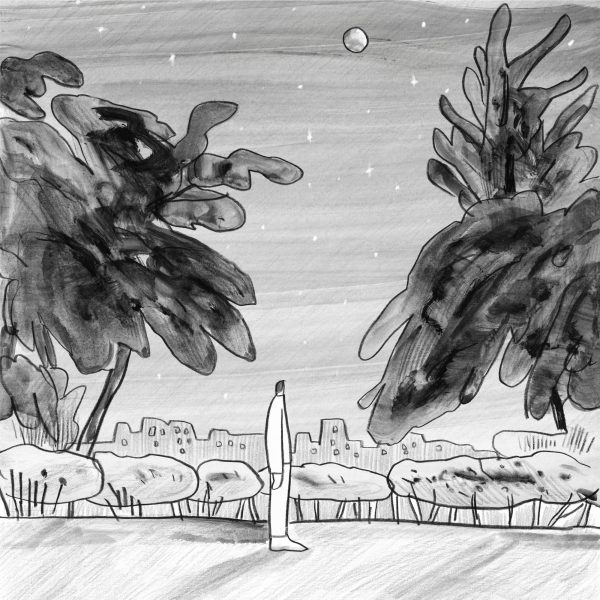 The track list for the album was revealed on September 20. The album will feature a total of six songs, the titles of which are: 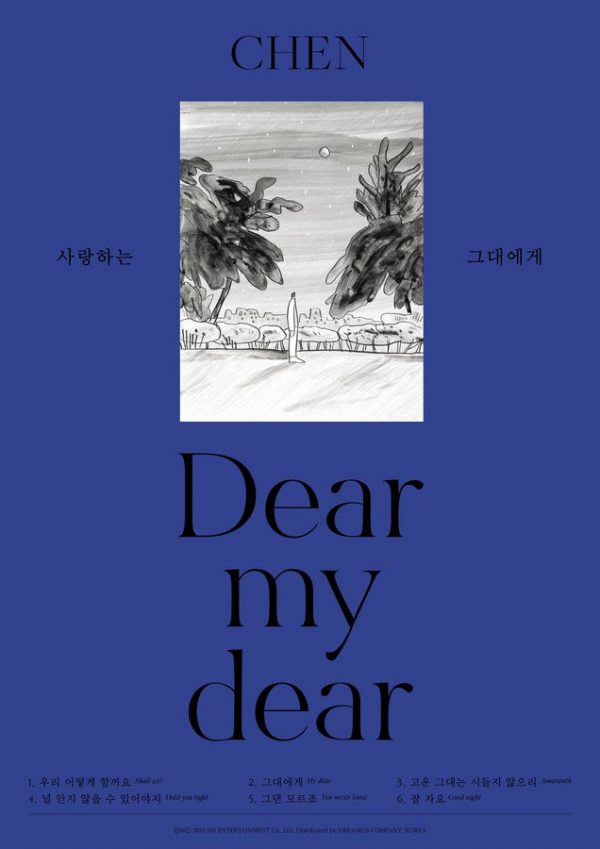 EXO has always been commended by fans as well as music experts for their high quality vocals with Chen being one of the important pillars of their vocal power. Therefore, there are a lot of expectations from his new album.

Also, Chen’s previous album April, and a Flower had disclosed how immensely the audience love the singer’s voice. The single from the album, Beautiful Goodbye had earn the top spots in both the domestic and international charts.

Hellokpop, as an independent Korean entertainment news website (without influence from any agency or corporation), we need your support! If you have enjoyed our work, consider to support us with a one-time or recurring donation from as low as US$5 to keep our site going! Donate securely below via Stripe, Paypal, Apple Pay or Google Wallet.
FacebookTwitter
SubscribeGoogleWhatsappPinterestDiggRedditStumbleuponVkWeiboPocketTumblrMailMeneameOdnoklassniki
Related ItemsChenDear My DearEXOEXO's Chen
← Previous Story WINNER’s Kim Jin Woo Poses For GQ Korea + Talks About Hardwork And Solo Endeavor
Next Story → “FANCY” Becomes TWICE’s 10th MV To Surpass 200 Million YouTube Views