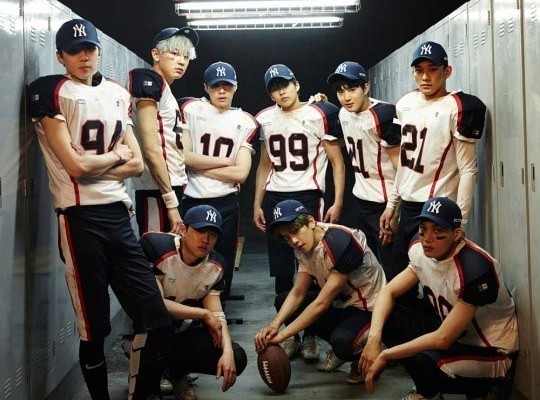 EXO To Come Back With A Repackaged Album “Love Me Right”

By Community | May 29, 2015
66
SHARES
FacebookTwitter
SubscribeGoogleWhatsappPinterestDiggRedditStumbleuponVkWeiboPocketTumblrMailMeneameOdnoklassniki

After achieving massive success with its second album Exodus, EXO will be dropping a repackaged album early next month, as a way to express the group’s gratefulness toward EXO-Ls for their constant love and support.

An image teaser for Love Me Right has been revealed, showing the nine members in the American football uniforms, striking strong and attractive poses in a locker room.

Returning with nine members this time, EXO will release its repackaged album on June 3. The coming album will consist of the 10 original songs from Exodus, together with 4 more new tracks that fans have yet to listen of.

In related news, the boy group of SM Entertainment will still meet fans through its EXO Planet #2 The EXO′luXion concert at the Mercedes-Benz Arena in Shanghai on May 30 and 31, before officially revealing the repackaged album.