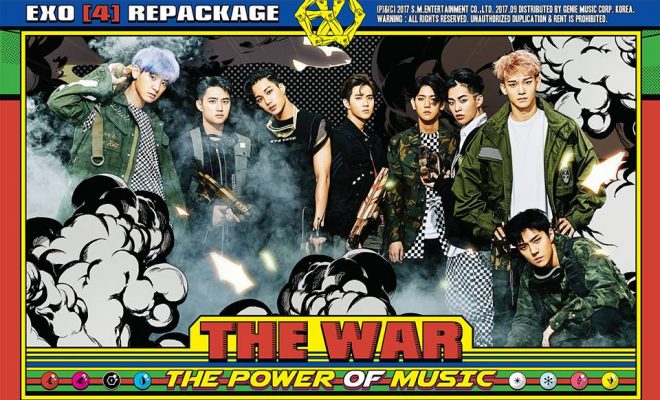 Hats off to the talented EXO boys!

On September 5, EXO released a repackaged version of its hit album The War, titled The War: The Power of Music.

As the repackaged album’s name suggests, The Power of Music has quickly dominated 33 iTunes album charts as of September 6, including those in Spain, Japan, Indonesia, Russia, Hong Kong, Finland, Denmark, Poland, Mexico and Malaysia. 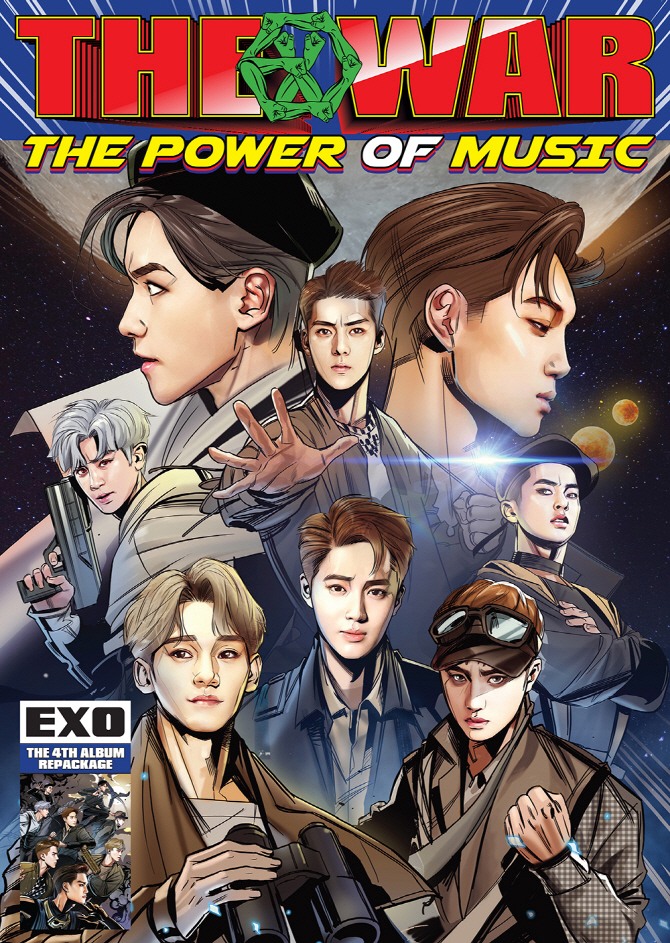 The album also entered the top 10 of the iTunes charts in the U.S, Canada, Australia, Britain and France.

In addition to the nine songs from The War, a new lead track dubbed “Power,” and two other songs “Sweet Lies” and “Boomerang,” are also included in the repackaged edition.

It is noted that a hefty 1,012,021 copies of The War were sold in just 24 days after its release last July, making EXO a quadruple million seller. Earlier on, the boys successfully surpassed the one million mark with three albums XOXO, Love Me Right, and EX’ACT in a short period of time.

Meanwhile, check out EXO’s new MVs for the title track “Power” in Korean and Chinese versions below: