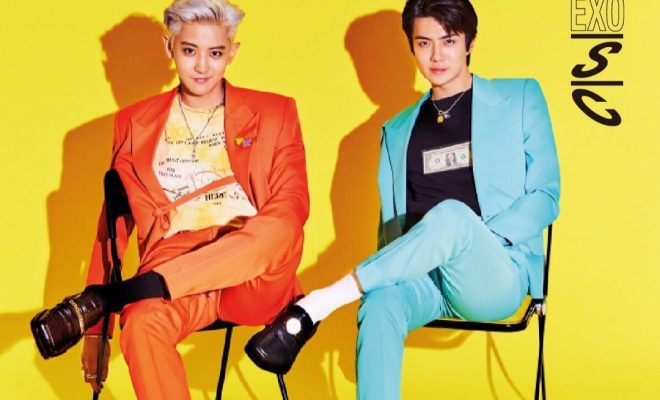 EXO-Ls get ready, for Sehun and Chanyeol are gearing up for an exciting comeback as EXO-SC with their latest album, 1 Billion Views!

The month of July has already begun on a vibrant note. EXO’s Sehun and Chanyeol (EXO-SC) unveiled an interesting schedule poster of their upcoming album 1 Billion Views. The track list of the album was also revealed within the poster itself.

The poster of the schedule was released on EXO’s official SNS on July 1. It is also available to view on the EXO-SC official homepage.  The poster is cleverly designed to say the least. It is reminiscent of a video streaming site and is reflective of the album’s name. 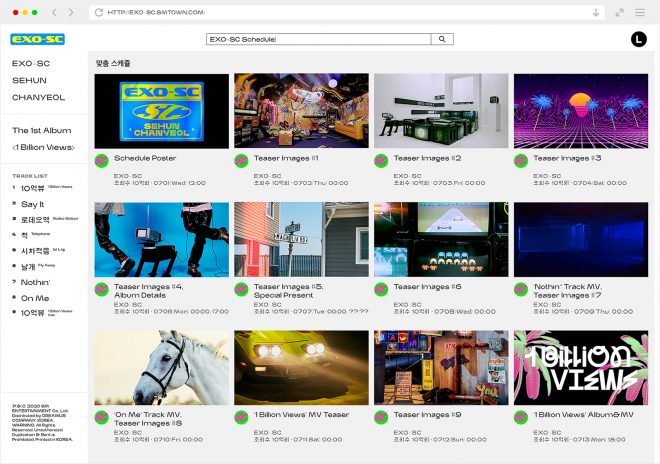 The track list is placed on the side to mimic a playlist list on a video streaming interface. The album contains 9 tracks in total. They include, the titular track, “1 Billion Views,” “Say It,” “Rodeo Station,” “Telephone,” “Jet Lag,” “Fly Away,” “Nothin’,” “On Me”. The album also includes an instrumental version of the track “1 Billion Views” as well.

This album is one that will be releasing about a year after the release of the duo’s first mini album What a life. 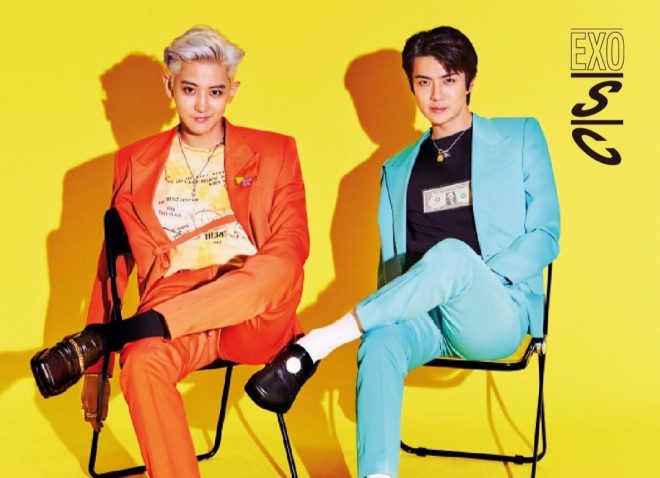 Additionally, on July 9 the two talented artists will be treating fans with an MV teaser image for “Nothin'”. EXO-SC will then release the teaser image of their track “On Me,” on July 10. The MV teaser for the title track will be showcased on July 11.  It will be followed by the track’s teaser image on July 12.

EXO-SC will finally release their album 1 Billion Views alongside the music video for its eponymous title track on July 13 at 6PM KST.