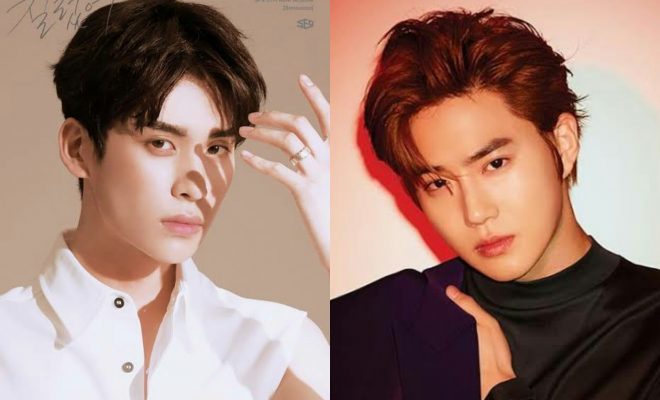 Photos from FNC and SM Entertainment

This interaction between EXO’s Suho and SF9’s Taeyang has kept us screaming since the moment we saw it!

SF9’s Taeyang, who as FANTASY know is one of EXO’s biggest idol fans, has received recognition from Suho himself for his dance cover of “Obsession”! 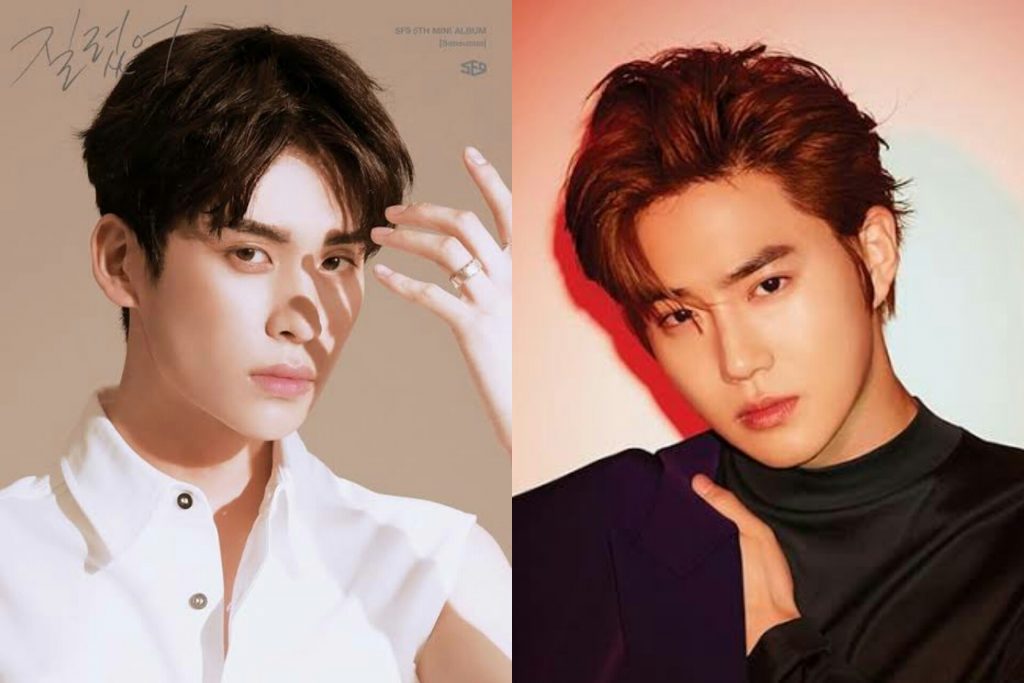 Imagine being noticed by the leader of one of the groups that you idolize the most – that’s how Taeyang probably feels like right now, especially after getting a well-deserved approval for his sleek dance moves as well!

On November 30, the SF9 dancer and vocalist shared his thirty-second dance cover of EXO’s latest comeback track “Obsession” on his personal Instagram account, without expecting that days after, EXO’s leader Suho himself would appear on the video’s comments section to leave a thumbs up emoji!

Taeyang then replied right away with a grateful “Thank you” and the most adorable “(bow bow)” with a smiling emoji – and FANTASY could almost hear him gushing as they checked out the interaction. 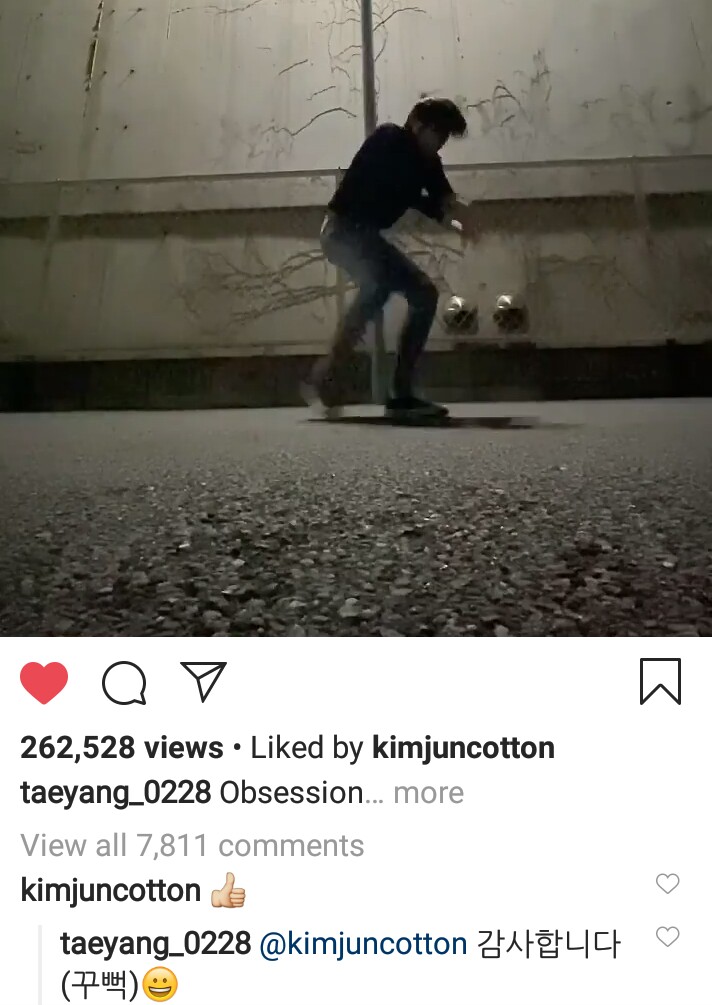 The long-time EXO fanboy has always been loud and proud of his love for the group. especially as he counts Kai as one of his biggest role models when it comes to dancing. Back in February 2019, his excitement when Chanyeol shared their group teaser photo for their sixth mini-album Narcissus on his Instagram account to express support showed when he took a screenshot and posted it on the group’s official Twitter account with the hashtag “#IAmASuccessfulFan”.

Currently, SF9 is in the middle of their UNIXERSE tour which has already taken, and will continue taking, the group to various cities all around Asia. Meanwhile, EXO is holding their promotions for their comeback with “Obsession”, including music show performances as well as variety show appearances.

READ: SF9 Returns With A Celestial Night Of Shining Performances For “UNIXERSE In Manila”

Photos from FNC and SM Entertainment

We need your support! If you have enjoyed our work, consider to support us with a one-time or recurring donation from as low as $5 to keep our site going! Donate securely below via Stripe, Paypal, Apple Pay or Google Wallet.
2.3k
SHARES
FacebookTwitter
SubscribeGoogleWhatsappPinterestDiggRedditStumbleuponVkWeiboPocketTumblrMailMeneameOdnoklassniki
Related ItemsEXOSF9SuhoTaeyang
← Previous Story BTS Rocks iHeartRadio’s “Jingle Ball” Party In California With Explosive Stages + Reveals Preparations For Upcoming Album
Next Story → 7 Reasons Why SEVENTEEN Captured Carats With Their Admirable Bond As Brothers