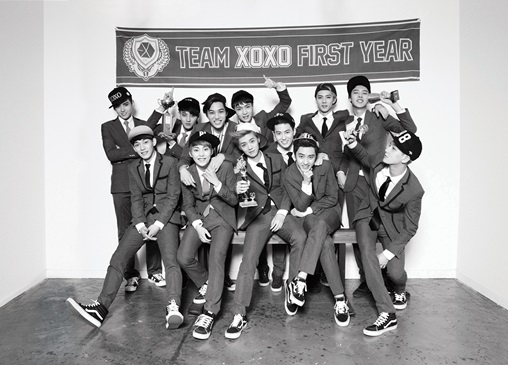 Idol group EXO climbed to the top of June’s album sale chart, with nearly 380,000 album sold after a month of the release.

According to the Gaon‘s sale chart on 11th, EXO’s first full album, XOXO (Kiss& Hug) which was released on the 3rd of June, was recorded as number 1 on the June’s album sale chart. XOXO (Kiss& Hug)’s Kiss(Korean version) has sold 206,812 pieces and Hug(Chinese version) has sold 172,144 pieces, topping the chart as 1st and 2nd respectively. Selling 378, 956 pieces in total.

Besides the Gaon chart, they also swept up the 1st place of June’s music charts on various music album counting monthly charts such as the Hanteo charts, Hottracks and more.