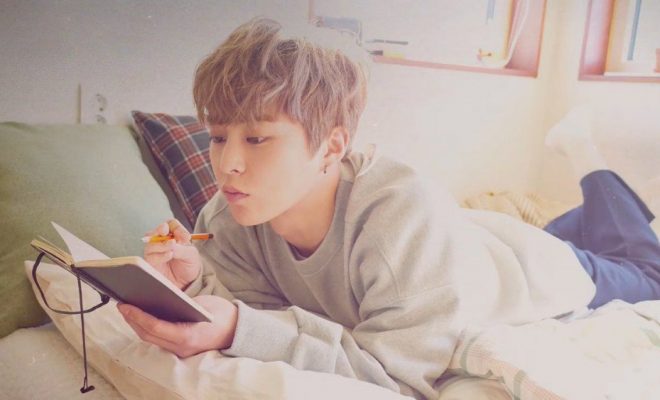 Screengrab from Station's "You" teaser

Ahead of his nearing military enlistment, EXO’s Xiumin has announced that he will be giving fans a memorable parting gift with his first single “You.”

On April 30, STATION, a digital music channel of his agency SM Entertainment, has revealed that the singer will be dropping new music this May.

Xiumin’s upcoming song “You” is set to be released on May 9, just two days after he officially enlists.

STATION also posted another video of the idol hyping EXO-Ls for his latest track. “You are curious about what kind of song it is, right? Please look forward to it and give the song lots of love,” he said.

In addition, before he begins his mandatory military service on May 7, the 27-year-old singer will be meeting fans one last time through Xiuweet Time: Xiumin Fan Meeting. His first ever solo fan meeting will be on May 4, at the Jamsil Arena in Seoul.

Recently, Xiumin, together with his fellow EXO-CBX members Baekhyun and Chen, successfully wrapped up their concert tour MAGICAL CIRCUS – 2019 Special Edition. The trio surely amazed fans with their stunning visuals and mesmerizing vocals in their five-day party in Japan.