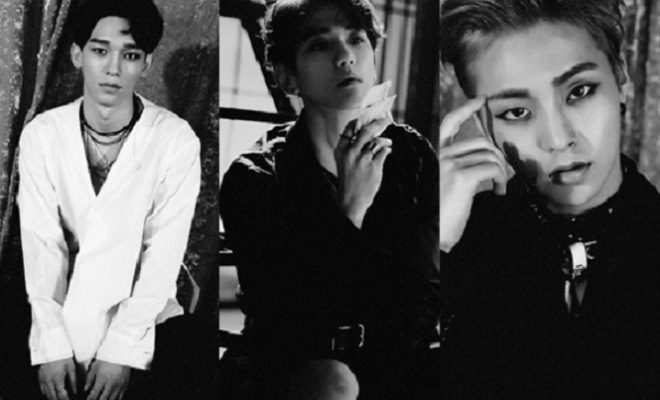 Will EXO’s first ever sub-unit be debuting this month?

On October 5, EXO’s agency, S.M. Entertainment, announced that the group’s first sub-unit will consist of Chen, Baekhyun and Xiumin. However, the name and detailed schedule of the unit are yet to be unveiled.

Earlier on, the unit was reported to debut at the end of this month. In addition, a music video is currently in the works as well.

A short clip entitled Reservoir Idols shown during EXO’s concert, EXO PLANET #3 – The EXO’rDIUM, last July might have given a hint on the sub-unit’s debut as it features the three with the moniker Chenbaekxi.

Keep your eyes peeled for upcoming announcements and updates on the sub-unit!