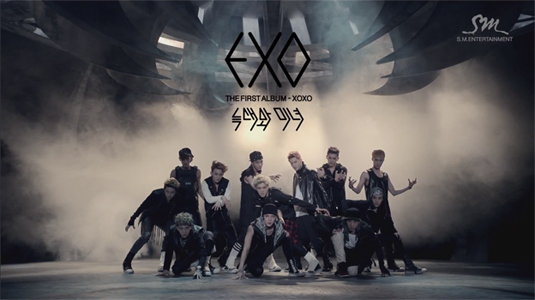 After teasing fans with teasers in Korean and Chinese versions, EXO has released the full music video for Wolf.

In the latest video from EXO, there is no school scene as it has previously shown on the teasers, but instead fans can get entertained with their unique choreography and strong melodic hip-hop song.

Wolf is the title track for its first upcoming album entitled XOXO (Kiss & Hug), and it will be released on June 3. EXO will also make a comeback stage at M! Countdown on May 30.

Check out the Wolf below: