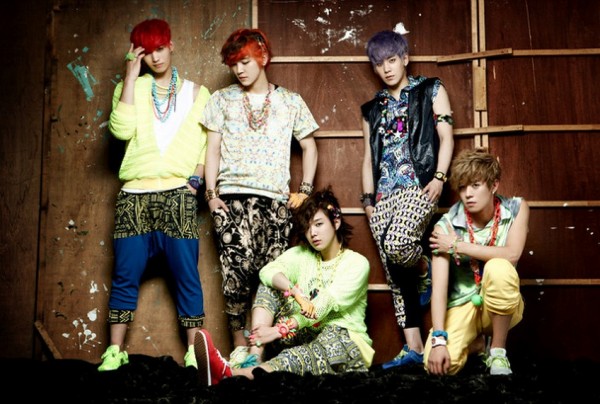 By The Editor | August 9, 2012
FacebookTwitter
SubscribeGoogleWhatsappPinterestDiggRedditStumbleuponVkWeiboPocketTumblrMailMeneameOdnoklassniki

F.CUZ are ready to make their comeback, with the release of the MV teaser for their upcoming title track, Dreaming I!

Previously, the group had revealed the jacket covers for their upcoming release and the members can be seen with a brand new style and colourful concept.

The group originally planned to make their comeback on August 2nd, however due to leader Jinon’s ankle injury, F.CUZ will be returning on August 10th.

Don’t expect their MV though, since it has recently been banned. Their company will be changing the MV to suit broadcasting requirements. The boys are still scheduled to make their comeback stage on August 9, on Mnet’s M!Countdown!