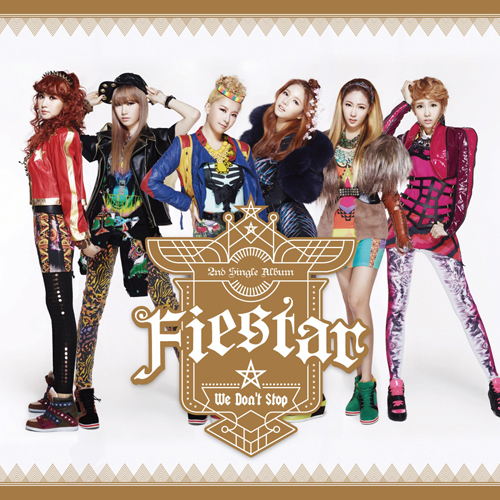 Rookie girl group, FIESTAR, released their second single album and are having another festival.

FIESTAR released their single We Don’t Stop on various online music charts and also revealed their music video. The new song is a hybrid, using the combination of electronic and hip-hop beats created by producer Shin Hyuk, who created Justin Bieber‘s One Less Lonely Girl . Special for this new song, FIESTAR’s vocals and rap parts were composed differently from before and therefore was able to create a more developed sound unique for their charm.

The music video for We Don’t Stop was accurately made for the concept “FIESTAR from an unusual world’ and used spacial illusion to create a fun and interesting music video.

A representative from FIESTAR’s agency, LOEN Entertainment, said, “the members of FIESTAR unsparingly prepared and worked hard for the album. Please enjoy the second festival the more matured FIESTAR has brought to you.”

You can listen to the second single album on top online music charts. You can also follow them for quicker updates through their Facebook and Twitter.

Check out their music video below.