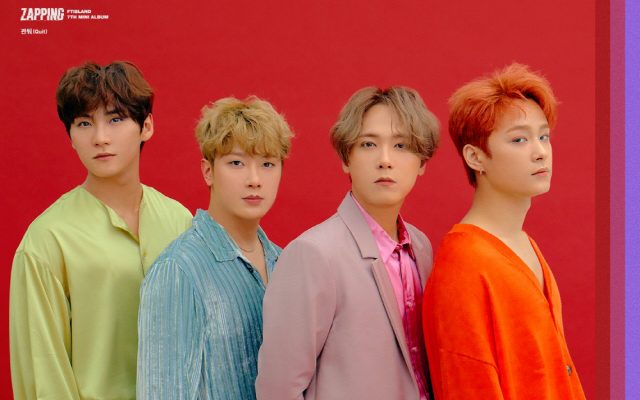 F.T. Island To Return With An Electrifying Comeback With New Album “ZAPPING”

FNC Entertainment announces the return of one of their prized bands on September 9. FT Island will jolt the music industry awake with ZAPPING.

It follows their last album, WHAT IF, which was released more than a year ago. To the dismay of many Primadonnas, this will be Lee Hong Ki’s last album with the band before enlisting for military service.

The album’s name is related to the act of turning the channels on the TV. According to the band, they want to turn a blind eye to insignificant relationships, much like turning from a boring TV channel. Additionally, they want the album to represent their desire to look back on the good times and to move forward little by little. 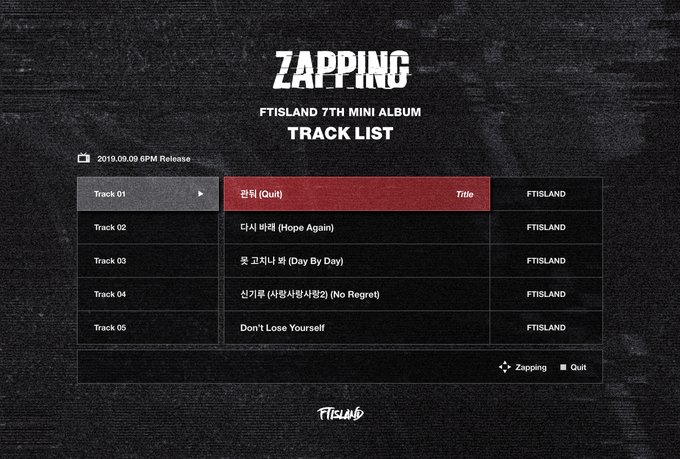 “Quit” headlines their 7th mini album. It is said to be a rock number that incorporates painful emotions leading up to a breakup. Lee Hong Ki’s iconic vocals will add the signature FT Island flair to the track. The band will blend the music with emotions especially into the dramatic second half of the song.

Aside from “Quit”, the mini album offers four more songs. Fans will get to listen to “Hope Again”, “Day By Day”, “No Regret”, and “Don’t Lose Yourself”on September 9. Furthermore, FNC Entertainment recently posted a live clip vocal of the title track’s highlight.

In related news, the exemplary rock band also posted their teaser photos on their respective official social media accounts. They featured two contradictory attractions in line with the album’s theme. In the “Color of FT Island” version, each member display their own personality and colors. They created a fresh atmosphere with a vivid and youthful glow. 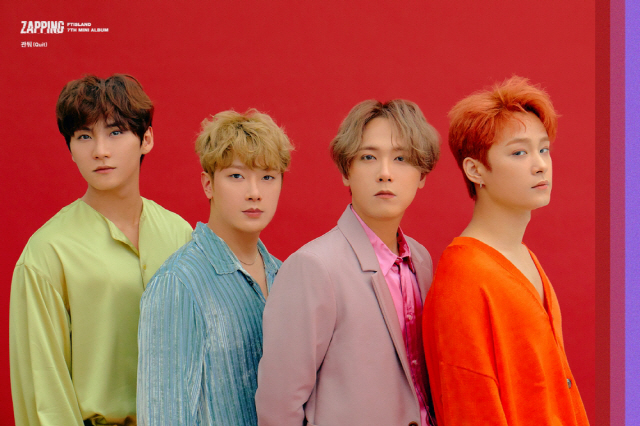 The “No Signal” version of the teaser photos shows otherwise. They zap you with their magnetic gazes as they bask in a melancholy atmosphere. Wearing dark and muted colors, they show the emotion alluding to the white noise screen of static television. It creates the illusion that the band is cut off from the outside world as they are confined in a colorless space. 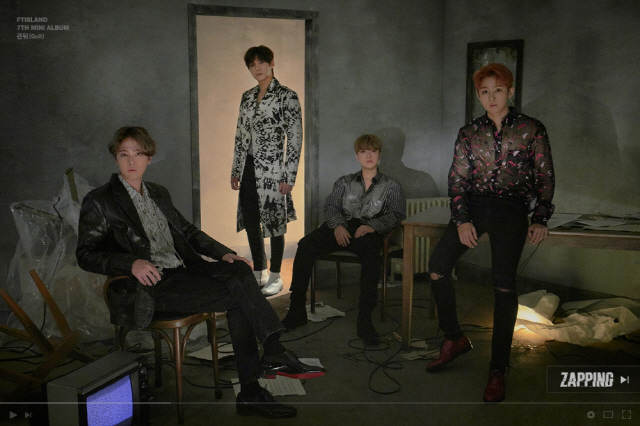 FT Island will return with ZAPPING on September 9, 6 PM KST. Make sure to pre-order your albums and stay updated with more announcements on the band’s official social media accounts.

We need your support! If you have enjoyed our work, consider to support us with a one-time or recurring donation from as low as US$5 to keep our site going! Donate securely below via Stripe, Paypal, Apple Pay or Google Wallet.
FacebookTwitter
SubscribeGoogleWhatsappPinterestDiggRedditStumbleuponVkWeiboPocketTumblrMailMeneameOdnoklassniki
Related ItemsFT IslandFT Island ZAPPINGZAPPING
← Previous Story KARD Confirms Preparations For Next Explosive Comeback This September
Next Story → X1 Surpasses Record-Breaking Half-Million Sales For Debut Album “Quantum Leap”